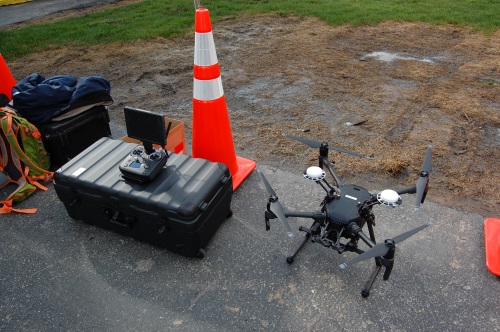 The Federal Aviation Administration is planning to evaluate technologies and systems that could detect and mitigate potential safety risks posed by unmanned aircraft or drones, while beefing up funding to universities within its Air Transportation Center of Excellence for Unmanned Aircraft Systems network; a network also known as the Alliance for System Safety of UAS through Research Excellence or ASSURE.

The agency is also launching a new podcast – The Air Up There – to address a wide range of aviation topics. That podcast will be hosted by 20-year FAA veteran Alison Duquette and John Croft; an FAA veteran, general aviation pilot, and a flight instructor.

Meanwhile, on the drone front, the FAA plans to test and evaluate at least 10 drone detection and mitigation technologies or systems later this year at the FAA’s William J. Hughes Technical Center, located adjacent to the Atlantic City International Airport in New Jersey.

After initial evaluation in New Jersey, the agency said in a statement it expects to expand technology testing to four additional airports to be selected later on.

[The FAA also recently joined the Department of Justice, the Department of Homeland Security, and the Federal Communications Commission to issue guidance helping non-federal public and private entities understand the federal laws and regulations that may apply to the use of capabilities to detect and mitigate threats posed by drones.]

The FAA also awarded $7.5 million via 19 grants to eight drone research projects within its ASSURE university network – funding aimed at continuing and enhancing the safe and successful integration of drones.

The agency added that there are currently 1.65 million recreational and commercial drones in the active UAS fleet; a number expected to grow to as high as 2.31 million by 2024.

Meanwhile, state departments of transportation continue working on ways to integrate drones safely into their daily operations. One example is the drone demonstration and roundtable discussion forum held during the American Association of State Highway and Transportation Officials 2019 Spring Meeting in Park City, UT.