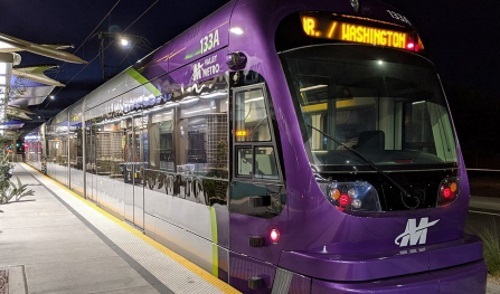 “These critical transit projects will help communities improve transit service as they continue to address the impacts of COVID-19 and recover from this public health emergency,” noted K. Jane Williams, FTA’s deputy administrator, in a statement.

FTA added that, to date, it has advanced funding for 39 new CIG projects since January 20, 2017, totaling approximately $9.7 billion in fiscal commitments.

The agency has also issued $14 million in grants to support 25 projects in 24 states plus one U.S. territory via its Accelerating Innovative Mobility initiative to encourage “innovation” in the transit industry.

That disbursement includes a $480,000 grant to the Oregon Department of Transportation to help build a web-based repository of transit data, census data and open-source software.

That project will build a user interface providing near-real time and historical transit network information to planners at the local, state and federal levels to support planning, investment, and management of large transit networks, FTA noted in a statement.