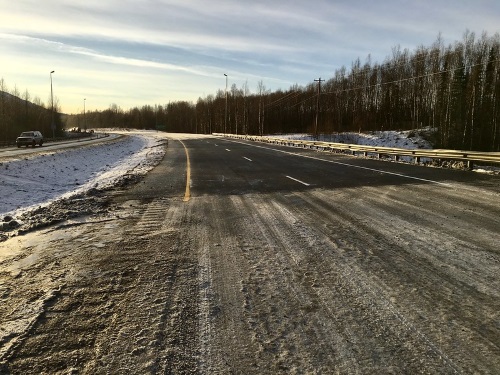 Recent analysis of 2018 data by the Energy Information Administration geographically large states with small populations – such as Alaska, Wyoming, and North Dakota – used twice as much energy for transportation than the U.S. average on a per capita basis.

By contrast, states with higher population density, such as Rhode Island and New York, used less transportation energy per capita in 2018, the EIA said.

The agency noted in a statement that it estimates annual energy consumption by state, source, and sector using its own surveys and third-party data sources. The agency then converts that energy data – usually collected in gallons, cubic feet, and kilowatt-hours – to common energy units (in this case British thermal units or Btus) for accurate energy source and sector comparisons.

In 2018, the energy consumption for transportation in the United States averaged 87 million Btus per person – with “transportation” including all energy used by automobiles, trains, aircraft, ships, and other vehicles whose primary purpose is to transport people or goods, or both, from one place to another.

Based on its State Energy Data System or SEDS, the EIA said Alaska – which has the smallest population density of any state – has ranked as the state with the highest level of per capita transportation energy consumption in every year since 1969. In 2018, Alaska consumed significantly more jet fuel per capita than any other state, at 135 million Btu, or about 1,002 gallons: almost 13 times the U.S. average of 80 gallons.

Meanwhile, Wyoming has the smallest population and the highest vehicle miles traveled per capita of any state. Wyoming and North Dakota also had the highest consumption of motor gasoline per capita, each averaging 66 million Btu, or about 552 gallons, in 2018.

Concurrently, North Dakota, a large natural gas-producing state, had the highest consumption of natural gas per capita in the transportation sector, which includes natural gas used for pipeline movements, with 29 million Btu, or about 27,000 cubic feet, in 2018.

Meanwhile, New York had the lowest per capita transportation energy consumption of any state in 2018 at 58 million Btu, with only Washington, D.C., coming in lower at 29 million Btu. This result is almost entirely attributable to New York’s low motor gasoline consumption per capita.