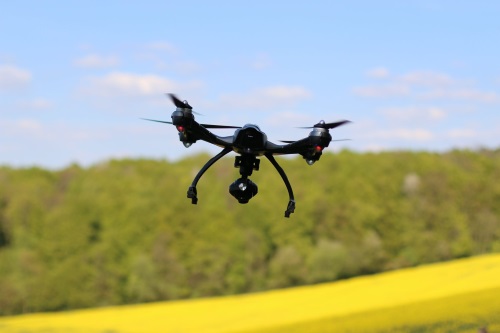 The Federal Communications Commission issued a report on August 27 that recommends it begin a rulemaking to reserve wireless spectrum for unmanned aircraft system or UAS operations. The report – mandated by Congress via the Federal Aviation Administration Reauthorization Act of 2018 and compiled by the FCC’s Office of Engineering and Technology – indicates that the 5030-5091 megahertz (MHz) band is “suitable” for UAS or drone operation needs.

However, while the report noted that “current law” does not prohibit UAS communications in such “flexible use” spectrum bands, it indicates that wireless drone communications could potentially cause “harmful interference” to other operations within those bands.

“We are optimistic about the use of flexible-use bands to support UAS operations,” explained Ron Repasi, acting chief of the FCC’s Office of Engineering and Technology, in a statement.

“However, we recognize that drone operations on flexible-use spectrum may raise interference issues for co-channel and adjacent-channel networks, so we recommend further work on using these bands for UAS,” he added.

The FCC also expects that the two other Congressionally-mandated reports from the National Telecommunications and Information Administration and the FAA will address UAS communication spectrum usage issues in their respective areas of authority.

The FCC also recently joined with the Department of Justice and the Department of Homeland Security to issue guidance to help non-federal public and private entities understand federal laws and regulations that may apply to the use of capabilities to detect and mitigate threats posed by drones.