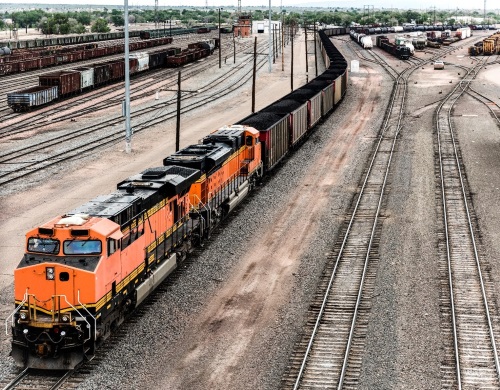 The Federal Railroad Administration issued a final rule on August 28 that would allow railroads to use ultrasonic inspection technology, augmented with global positioning system technology, to employ continuous rail testing.

[Above photo by FRA.]

The agency said this rule seeks to improve safety by making it easier for railroads to test rails more frequently and to identify and repair internal rail flaws before conditions degrade safety. It will also allow rail-testing vehicles to move without stopping along tracks; potentially decreasing passenger and freight train delays associated with routine inspections.

“These modernized standards will allow railroads to implement innovative inspection methods without the burden of applying for individual waivers with well-established safety records,” added FRA Administrator Ronald Batory in a statement.

The agency pointed out that it has issued waivers for the past 10 years, allowing larger railroads to develop and utilize this inspection technology; technology the FRA credits with helping reduce broken rail-caused train accidents by 27 percent between May 2019 and May 2020 alone.

FRA also estimates that one continuous rail car could replace three to five stop-and-verify test cars; equating to fewer test cars stopping on tracks, reducing the number of trains that slow to accommodate them.