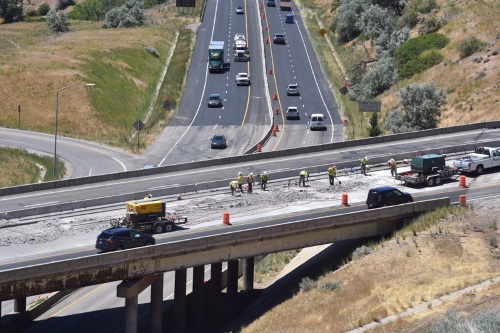 A survey conducted by the Utah Foundation indicates there is broad support among the state’s voters for tax increases – including the state’s motor fuel tax – as long as they remain focused on “specific benefits.”

The group said state taxes and government spending has “continuously been a top 10 issue for voters” since it conducted its Utah Priorities Project survey in 2004.

“While open-ended responses often indicate that people feel that taxes are too high, this brief highlights some additional survey questions that offer a more nuanced view,” the Utah Foundation said in its 2020 report.

The group said it asked three questions regarding whether state voters favored an additional benefit at the expense of higher taxes: higher funding for public schools, better roads, or improved air quality. Some 21 percent of them indicated that they were interested in paying higher taxes for all three benefits, while 25 percent were willing to pay for two of them, followed by 29 percent preferring only one and 26 percent not in favor of any of them if it increased taxes.

That means, overall, some 74 percent of those voters polled “were willing to increase their taxes” for a specific benefit.

The Utah Foundation also asked voters to indicate which tax or combination of taxes should increase if the state had to raise taxes.

Utah voters were more likely to indicate sales or gasoline tax increases over income or property taxes, the group said, with motor fuel and sales tax increases the most favored tax combination formula.

The Utah Foundation noted that “younger generation” voters it polled were more likely than older generations to favor a property tax, while the opposite was true for motor fuel and sales taxes.

Finally, the group asked state voters in its survey whether they agreed or disagreed that Utah should reduce taxes, even if it results in fewer or lower-quality services. Only 23 percent state voters agreed with that statement, while 58 percent disagreed and the remaining 19 percent were ambivalent.