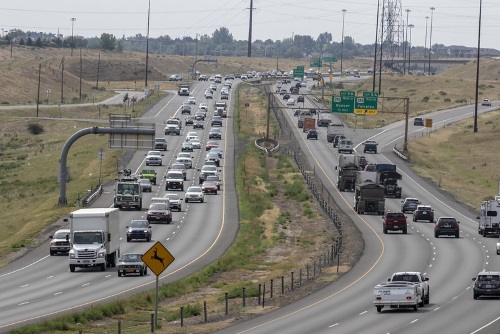 As part of a statewide initiative called The Cannabis Conversation that began in 2017, the Colorado DOT set out to get feedback from state residents regarding driving under the influence of marijuana.

The agency said in a statement that understanding the public’s attitudes and behaviors regarding “driving high” helped it connect better with audiences through education and prevention campaigns.

“The point of The Cannabis Conversation was to learn how [we] could more effectively communicate with Coloradans and influence their decision making,” said Sam Cole, Colorado DOT’s communications manager. “We took all the research and input we received from the public and molded it into this campaign with the goal of motivating Coloradans to not drive while high.”

Through a series of online surveys, focus groups, workshops, meetings with dispensaries and trade organizations, public meetings and open houses, the agency said it “crowd-sourced, vetted, and tested” creative concepts and messaging for its latest campaign. The result incorporates findings and feedback from more than 80,000 statewide residents.

“An important takeaway for us was challenging cannabis consumers to rethink the choice to drive under the influence and how it unnecessarily puts others at risk,” added Cole. “During the testing phase, people who were skeptical about the risks associated with cannabis-impaired driving responded to campaigns that invoked feelings counter to their deeply held beliefs that driving after consuming is solely a personal decision.”

According to state data, fatal crashes involving marijuana have been on the rise since 2017 after falling the year before. In 2017, 33 drivers in fatal crashes tested positive for five nanograms or higher of Delta-9 THC – the psychoactive component of cannabis – with 49 testing positive in 2019.

Additional research is confirming the impairing effects cannabis has on driving. For example, two recent studies released in 2018, one by the Insurance Institute for Highway Safety and the other by the Highway Loss Data Institute, indicated that motor vehicle crashes increased by as much as 6 percent in Colorado, Nevada, Oregon and Washington, which have all legalized marijuana for recreational use, compared to neighboring states that have not.

On top of that, according to a National Highway Traffic Safety Administration’s review and analysis of 60 studies, marijuana inhibits safe driving abilities, such as tracking, motor coordination, visual functions, and complex tasks that require multitasking. NHTSA also launched a grant program in 2019 to target drug-impaired driving as well.