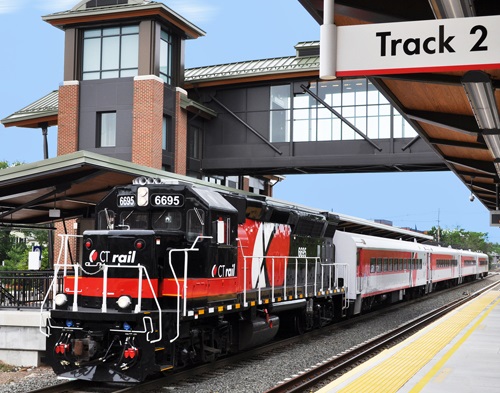 A System Safety Program Plan or SSPP, crafted by TransitAmerica Services Inc./Alternate Concepts (TASI) for the CTrail Hartford Line System, recently received approval from the Federal Railroad Administration — the first SSPP to be approved by the FRA in the country, according to the Connecticut Department of Transportation.

FRA mandated that commuter and intercity passenger railroads develop and implement SSPPs in a final rule originally issued in 2016 but delayed for implementation until September 2019. The agency said SSPPs are “structured programs” with “proactive processes and procedures” to identify and mitigate or eliminate hazards and the resulting risks specific to commuter and intercity passenger railroads, with the goal of reducing the number and rates of railroad crashes, incidents, injuries, and fatalities.

The Connecticut DOT added that passenger rail services across the state are now beginning to recover ridership from the decline in March and April due to the COVID-19 pandemic. As Connecticut enters the “next phases of reopening” and in anticipation of increased ridership, the agency emphasized that it is increasing train and station facility cleaning efforts to keep frontline employees and passengers safe from the virus.

The Connecticut DOT also recently participated in the 100th anniversary celebration of Union Station in New Haven, during which Governor Ned Lamont (D) signed a letter of intent with the City of New Haven to launch “a new era” in managing the two state-owned rail stations in New Haven.

Under the letter of intent, a new lease and funding agreement will be established between the Connecticut DOT and the City of New Haven to last 35 years, with two 10-year extension options, to allow the city (through Park New Haven) to lease and operate the Union Station Transportation Campus and staff the partnership.

Plans call for the revamping of the basement, first, and second floors of the station to allow for new retail options; and improvements to stairs, elevators, and escalators that will enable future adaptive reuse of the upper station floors and public restrooms.

In addition, the agreement will establish an executive oversight panel consisting of the Connecticut transportation commissioner and mayor of New Haven that will be responsible for strategic planning, annual budget direction, major issue resolution, and redevelopment of the station campus.

“A railroad station connects us and keeps us moving forward,” noted Connecticut DOT’s Giulietti in a statement. “This one tells a story. It is the story of a railroad system that has come through New Haven for more than 150 years. For the last 100 years, Union Station has been a familiar, welcoming junction where literally millions of people have embarked on journeys and come home again.”

Union Station – originally opened on April 5, 1920, and listed on the National Register of Historic Places – connects the New Haven Line running into New York City, the Hartford Line heading north to Hartford and Springfield, and Shoreline East, which goes east to New London. It is also one of the key links on Amtrak’s Northeast Corridor, from Boston to Washington and points beyond.

It is also one of the busiest rail facilities in Connecticut, transporting 125,000 passengers on weekdays and 40 million a year while generating nearly $50 million of annual revenue into local economy, according to state figures.

“Union Station is as alive today as it was a hundred years ago and few stations in the country are as magnificent as this one,” Gov. Lamont added. “For the last hundred years, this station has served as a central transportation hub not only for Connecticut, but for the entire northeast, and I am determined that we renew its mission and prepare it for success throughout the next century.”