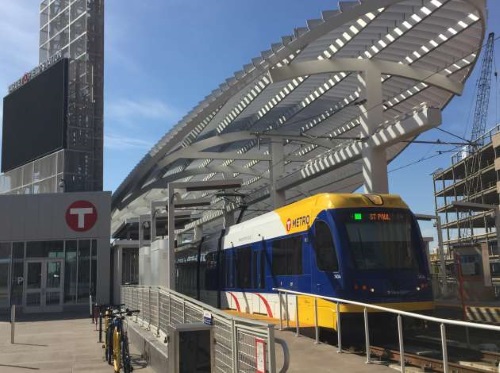 [Above photo by the Southwest Light Rail Transit Project.]

The FTA issued a $1.2 billion grant in support of BART’s $2.7 billion Transbay Corridor Core Capacity project to improve capacity on the existing BART heavy rail system between the City of Oakland and downtown San Francisco.

“This investment in California will improve public transportation and support economic recovery in the Bay Area,” said K. Jane Williams, FTA’s deputy administrator, in a statement. “This project will allow BART to operate additional trains through the Transbay Tube, helping to alleviate crowding and increase capacity in this critical corridor.”

She added that this federal funding also provides an “economic boost for the Bay Area” as the project will create jobs and help communities recover from the COVID-19 public health emergency.

FTA also issued a $928.8 million grant to support the $2 billion Southwest Light Rail Transit Project in Minnesota, which extends an existing light rail line by 14.5 miles from downtown Minneapolis to the southwestern suburbs in a corridor where population, employment, and traffic congestion are growing rapidly.

“Commuters in this busy corridor can now look forward to faster and more efficient transit service connecting them to major downtown employers and in the suburbs,” Williams noted in a separate statement.