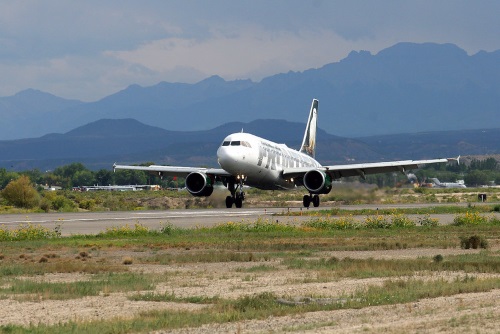 The Federal Aviation Administration issued $335 million in safety and infrastructure grants to fund 61 airport projects in 25 states to support a variety of initiatives, including the purchase of aircraft rescue and firefighting equipment; construction and repair of runways and taxiways; installing aircraft lighting and signage; conducting airport master plan studies; and installing airport perimeter fencing.

Some $300 million of that funding comes from the agency’s Airport Improvement Program with the remaining $35 million comprised of grants from the $2 trillion Coronavirus Aid, Relief, and Economic Security or CARES Act – signed into law in March – equal a 100 percent federal share.

“These 61 AIP grants will allow airports around the country to begin and complete projects that are vital to the safe and efficient operation of our nation’s airports,” said Stephen Dickson, FAA’s administrator, in a statement.

The FAA has awarded several billion in airport safety and infrastructure funding over the last few months.

In early September, the agency issued roughly $1.2 billion in airport safety and infrastructure grants to 405 airports in 50 states and the Federated States of Micronesia, the Marshall Islands, the Northern Mariana Islands, Puerto Rico, Palau, and the U.S. Virgin Islands.

That followed two separate awards of funding – $800 million and $273 million, respectively – in July.