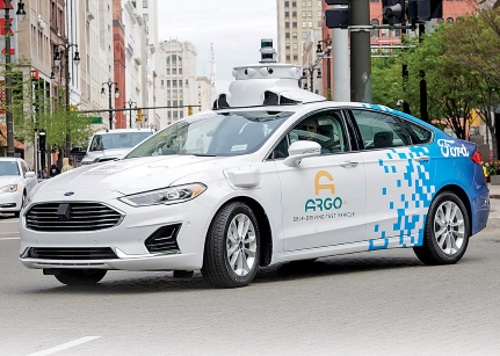 [Above photo via Ford Motor Co.]

“As automated and connected vehicle technologies advance, it’s critical that we ensure they develop safely and in partnership with these companies,” said Yassmin Gramian, PennDOT’s secretary, in a statement.

“I’m proud of the leadership that we and our partners at the state, in academia and the industry are showing as we move Pennsylvania into the future,” she added.

PennDOT said the National Highway Traffic Safety Administration asked it to join nine companies and seven other states as the first participants in a new pilot project aimed at improving the safety and testing transparency of automated driving systems.

In addition to joining the national AV TEST initiative, PennDOT joined a public sector advisory council former by the Partners for Automated Vehicle Education that seeks to educate consumers about automated vehicles and their societal impacts.