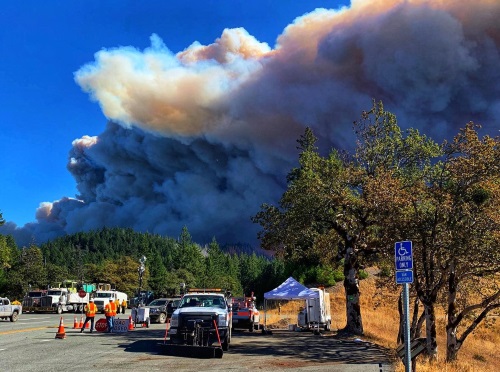 The Federal Highway Administration is providing $574 million in Emergency Relief or ER funds to help 39 states and Puerto Rico pay for repairs to roads and bridges damaged by storms, floods, and other unexpected events – some dating back to 2018.

FHWA ER funds reimburse states, territories, federal land management agencies, and tribal governments for eligible expenses associated with damage from natural disasters or other emergencies – paying for the reconstruction or replacement of damaged highways and bridges along with the arrangement of detours and replacement of guardrails or other damaged safety devices.

Some of the reimbursements include:

“Those funds will help reimburse states for needed repairs to vital transportation infrastructure that residents rely upon for daily travel,” noted Nicole Nason, FHWA’s administrator, in a statement.

FHWA added that, since January 2017, it has provided nearly $4.9 billion in ER program funds to repair roads and bridges damaged by a wide array of disasters that have occurred across the country over the last three years.

In a separate announcement, the agency issued $460,000 in ER funds to help the Washington State Department of Transportation repair damages from recent wildfires.

Hot and dry weather conditions aggravated by strong winds in September triggered multiple wildfires across Washington state – the largest wildfire outbreak in the state’s history – many of which remain active. Those wildfires destroyed traffic control devices and other highway infrastructure and charred terrain caused slope destabilization and rock crumbling.

Other Western states also affected by wildfire outbreaks in 2020 are in the midst of debris cleanup and infrastructure repairs.

The Oregon Department of Transportation, for example, said its crews “continue to make progress” clearing and repairing roads damaged by wildfires though more time will be needed before state roads affected by the blazes are fully reopened.

The agency noted in a statement that as of now roughly 47 miles of highway remain closed, down from a peak of 244, and roughly 43 miles are open to piloted traffic only.

In the last week, the agency removed trees damaged by the fires that posed an “imminent threat” of falling along 95 miles of state roadways. Meanwhile, Oregon DOT crews continue to assess culverts, guardrails, pavement, slopes, signs, and other roadway infrastructure for damage in areas affected by wildfires.