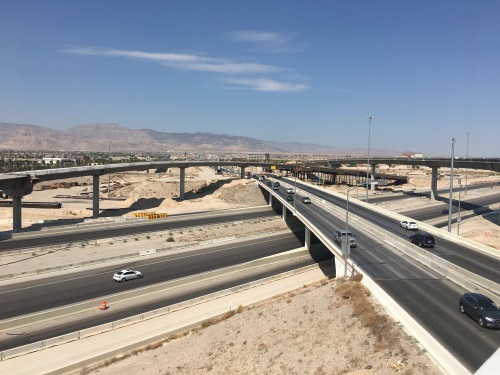 Beth Noveck, Ph.D., New Jersey’s chief innovation officer, provided an overview of her state’s efforts to promote public sector innovations during her keynote address on September 29, noting that, “Silicon Valley does not have a monopoly on innovation.”

She added that, “with the right tools, mindset, and resources public entrepreneurs – passionate public servants eager to take on the challenges facing their communities and constituents – can become more effective at solving public problems.”

Noveck further explained that in this “era of unprecedented interconnectedness and information availability” state agencies – including state DOTs – must tap into technology and data to become more “nimble and effective.” Such efforts also includes broader collaborations with other state agency colleagues as well as experts residing in universities and academia.

“We call this public entrepreneurship: the use of data, collaboration, and new ways of working,” she said. “It helps the public sector solve a vast range of problems, such as using roadway sensors to detect potholes. It is about doing things differently; creating breathing room for all state agency workers to thrive and grow. And the best way to get state DOTs going on innovation is to think about how to treat everyone as an innovator: to engage broadly across the public sector workforce to support innovative ideas.”

A panel of state DOT executives from across the country followed Noveck’s presentation to describe how they are trying to encourage more innovation within their agencies – efforts accelerated in many cases by the COVID-19 pandemic.

“Many view state DOTs as big battleships: slow to turn, not as agile as we’d like to be,” said Diane Gutierrez-Scaccetti, commissioner of the New Jersey Department of Transportation.

“Our challenge is to find better ways to do what we do,” she explained.

“While we have to have a chain of command, because of emergency response needs and respect the reporting structure,” Gutierrez-Scaccetti added. “However, there can be a less formal structure established to set the tone. It is a matter of being engaged and supportive – that is what leads to innovation, regardless of whether it comes from a three-year or 30-year employee.”

Luke Reiner, director of the Wyoming Department of Transportation, noted that fostering innovation is “on our list of seven strategic goals.” A retired Major General with the Wyoming National Guard, Reiner said, “Not innovating is dangerous – we cannot be stuck in old ways. We need to think broadly about innovation and encourage employees to take new approaches to solving problems.”

For example, he noted that at the onset of the COVID-19 pandemic, a hand sanitizer shortage quickly developed. In short order, a team of Wyoming DOT employees said they could make their own and he replied: “Go do it.”

He added that state DOT leaders need to “set the conditions” to make innovation happen, too. In his case, Reiner meets with employee advisory teams once a month to understand issues and find problem solvers to fix them. “We need to be deliberate about finding people willing to move us forward,” he said. “We also need to reinforce success – publicly recognizing employees who develop innovations; making a big deal out of it.”

Kristina Swallow, director of the Nevada Department of Transportation, pointed out that getting those innovative ideas, adapting them, and then moving forward with them, can also require new ways of communication as well.

“I can’t get out in the field and talk to people due to COVID-19, so instead we rolled out new virtual chats for our maintenance crews,” she said. “It’s me and them, using iPads and without supervisors, to talk about the issues they face.”

Fostering different avenues of communication is critical especially as state DOTs are tasked with designing the transportation system for all users.

“We have to work together to develop new things that to make the system work better for everyone,” she explained. “And it doesn’t have to be a huge change. Even a small amount of change can make a big difference as an incremental level of change can lead to a significant outcome in the future if we have patience.”

Toks Omishakin, director of the California Department of Transportation – known as Caltrans – added that state DOT leaders provide a critical buttress to this process in case innovations don’t work out as planned.

“We’ve all heard the old saying ‘failure is not an option.’ But that saying is related to moon missions – it’s not the work we are trying to do,” he emphasized.

“For that reason, failure IS an option – but it is what happens after a failure that is important. To me, it starts with the culture and the senior team – fostering an environment that allows for creativity,” Omishakin stressed. “We have to incentivize creative thinking and celebrate it as well. That also means putting everyone on the same level and engaging in regular discussions on how to collaborate. It is not easy but it helps break down those ‘silos’ within an organization that can bottle up knowledge and resources.”

Ed Sniffen – highways division deputy director for the Hawaii Department of Transportation – added that state DOT leaders must step in to shoulder that burden of risk to sustain the drive for innovation within their agencies.

“The end result is we got the project done in four months and saved $20 million,” Sniffen noted.

“That is what gives more opportunity for innovation,” he added. “There is no way we in Hawaii can build our way out of congestion; we simply don’t have the land space. So we need to maximize innovation – it is a requirement. And that support for innovation is what starts breaking down institutional silos. That makes people more comfortable and gets them to jump in where needed.”