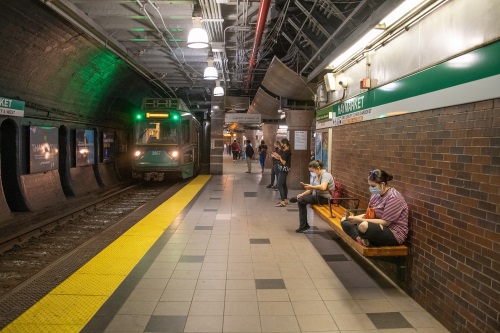 A new report compiled by the Sam Schwartz transportation-engineering firm on behalf of the American Public Transportation Association indicates that there is “no direct correlation” between use of urban public transit and transmission of the COVID-19 virus.

The 35-page report – entitled Public Transit and COVID-19 Pandemic: Global Research and Best Practices – analyzed the latest scientific evidence on how the COVID-19 virus spreads compared to ridership and infection rates in multiple U.S. cities, as well as the impact of various mitigation measures for controlling viral spread. Its analysis found no direct links between transit and infection rates.

“A review of studies from around the world indicate minimal risk from using public transit, especially where specific safeguards are in place, such as face coverings, well-functioning ventilation systems, and minimal talking by riders,” the report said.

The report also cited case studies from several states to back up that analysis. In Hartford, Connecticut, public transit ridership remained nearly constant in recent months, while overall COVID-19 cases declined. Also, despite more than 150 million rides occurring on New York City subways and buses between June 1 and August 18, the positive test result rate for COVID-19 dropped by 70 percent: declining from a 3.3 percent positive rate to 1 percent.

The report cited several possible explanations for the lack of correlation between public transit ridership and COVID-19 cases:

The APTA also launched a national “Health and Safety Commitments Program” for transit agencies during a virtual event on September 9 – a safety program designed to assure passengers that public transit systems are “taking all the necessary measures to operate safely” as the nation recovers from the COVID-19 pandemic.

“The program [we’ve] launched is the public transportation industry’s pledge to promote sensible policies and practices designed to keep transit users and transit employees safe during the COVID-19 crisis,” explained Paul Skoutelas, APTA’s president and CEO, during the virtual event.