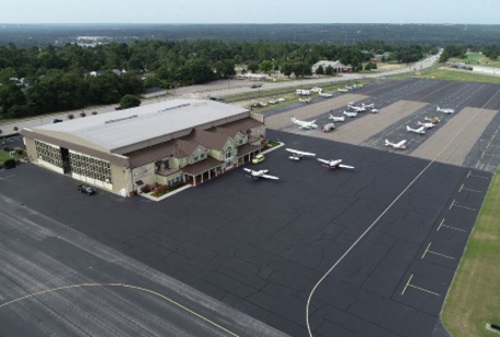 The department noted that this study reflects a yearlong effort to investigate and document the economic impact of commercial and general aviation airports in Georgia – helping the public understand the importance of each local airport and the role it plays in supporting the economy of the state.

Compared to a similar study conducted in 2011, the total annual economic impact from those 103 airports increased by $11.4 billion or 18 percent, though the agency stressed that the economic impacts documented in the new 2020 study reflect pre-COVID-19 conditions.

“With Georgia ranked as the number one state in which to do business, our extensive system of commercial and general aviation airports ensure that the needs of commerce and business are met,” noted Carol Comer, Georgia DOT’s division director of intermodal, in a statement.

“These airports significantly contribute to the state’s economy so investing in them produces a high rate of return,” she added. “We maximize every dollar we receive to constantly improve our aviation facilities. This study shows the true economic impact our airports provide for citizens.”

This is one of several studies highlighting the important economic role played by airports and aviation within state transportation systems.

For example, in 2019, the Alaska Department of Transportation & Public Facilities compiled a similar report that found the aviation industry supports more than 35,000 jobs statewide, adds more than $3.8 billion annually to its economy, and is key to linking many of Alaska’s far-flung communities as 82 percent of them are only accessible by air.