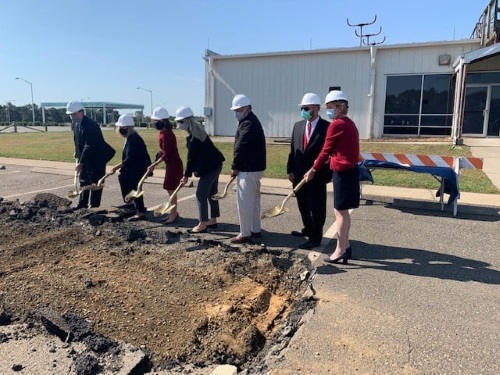 The New York State Department of Transportation is providing an $800,000 grant to help fund an $8.4 million intermodal ground transportation facility at Long Island MacArthur Airport; a “one-stop facility” designed to give businesses and visitors to New York City and the Long Island region an improved and streamlined travel experience.

Airports are “key gateways to enhancing economic activity in every region of New York,” noted Marie Therese Dominguez, NYSDOT commissioner, in a statement.

The agency said this intermodal project at MacArthur Airport seeks to renovate an existing 12,000 square-foot building into a one-stop transportation facility to house all modes of transportation for travel into and out of the airport.

Once completed, then new intermodal facility will house the airport’s rental car ready lots and counters, the taxi vendor, the Suffolk County Bus stop and Long Island Rail Road shuttle stop in one convenient location within walking distance of the entrance and exit of the airport’s main terminal building.

Travelers will also be able to drop off or pick up their own vehicles delivered via auto transport services, the agency noted, that make several long-haul deliveries of vehicles to Florida.

The department noted that this study reflects a yearlong effort to investigate and document the economic impact of commercial and general aviation airports in Georgia – helping the public understand the importance of each local airport and the role it plays in supporting the state’s economy.

The Alaska Department of Transportation & Public Facilities compiled a similar report back in 2019 that found the aviation industry supports more than 35,000 jobs statewide, adds more than $3.8 billion annually to its economy, and is key to linking many of Alaska’s far-flung communities as 82 percent of them are only accessible by air.