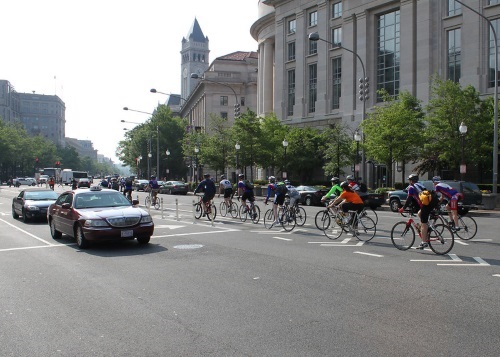 The District Department of Transportation is celebrating the 10th anniversary of goDCgo – a program that promotes sustainable travel options to help reduce traffic, stress on infrastructure, and air pollution.

“We are very proud of goDCgo’s success in providing employers, commuters, residents, and visitors with the information and assistance they need to make informed choices about traveling in the District,” noted Jeff Marootian, the District DOT’s director, in a statement.

“We look forward to many more milestones … to making [Washington] D.C. the greenest, healthiest, and most livable city in the nation,” he added

Established in 2010, goDCgo focuses on increasing awareness and building support for sustainable travel options, such as transit, walking, biking, and carpooling to destinations across the nation’s capital.

Through outreach and community engagement, the District DOT said the program has made a substantial impact in changing commuter behaviors and helping businesses contribute to Washington D.C.’s sustainability goals, including helping 313,000 people shift to a clean commute and decreasing traffic by eliminating 120 million single-occupancy vehicle trips.

That has helped the district eliminate 357,000 tons of carbon dioxide from the air and save 82 million gallons of gasoline, the agency noted.