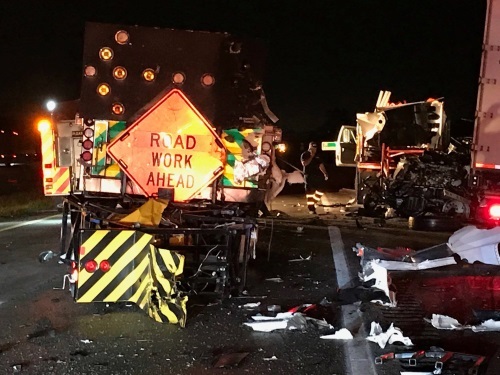 The Ohio Department of Transportation, the Ohio Turnpike, Ohio State Highway Patrol, and AAA jointly recently released new data gleaned from a survey that there are significant gaps in knowledge among Ohio motorists about Ohio’s Move Over law.

That survey – conducted by Brittany Shoots-Reinhard, research assistant professor at the Ohio State University Department of Psychology – found the “gaps in knowledge” regarding the state’s Move Over law are especially significant when it comes to construction crews or tow trucks.

More than 90 percent of survey participants responded that they know that the Move Over law applies to law enforcement and emergency vehicles, compared to 70 percent for construction vehicles, 62 percent for tow trucks and 50 percent for disabled vehicles with flashing lights.

In addition, the survey found distraction is likely to play a role in failing to move over as nearly a quarter (24 percent) of respondents reported that when they failed to move over it was because they didn’t notice the lights. Many drivers were also unsure what to do on two-lane roads, the poll indicated.

“This data is a clear indication that we have work to do in educating Ohio drivers on when to move over and how to do it safely,” noted Jack Marchbanks, director of the Ohio DOT, in a statement.

“Tackling Ohio’s distracted driving problem is also pivotal to saving lives on our roadways,” he said. “If you’re not focused on driving, you may never see that roadside worker.”

AAA noted that, across the nation, one tow truck driver is killed alongside the road every six days. In addition, 23 highway workers and one law enforcement officer is killed each month while performing their duties on American roadways.

Additionally, there have been 3,541 work zone related crashes this year, resulting in 17 fatalities and 951 injuries. There have also been more than 500 crashes involving law enforcement, construction and utility workers, and tow truck drivers hit while working along the roadside.

“It’s alarming to see the rise of crashes happening throughout out state,” said Governor Mike DeWine (R).  “We need to remember that when we are behind the wheel, we have to pay attention and stay focused on the road.”

To help educate the public, AAA, the Ohio Turnpike and Infrastructure Commission, the Ohio Department of Transportation and the Ohio State Highway Patrol launched a video earlier this year. In addition, the organizations working together on a social media messaging campaign with the hashtag #MoveOverOhio.

The Ohio DOT will also use more than 130 digital message boards along highways to remind drivers about the state’s Move Over Law.