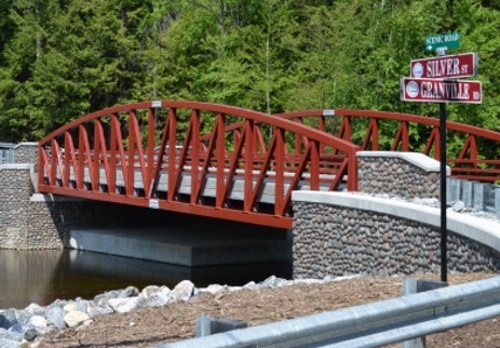 The Connecticut Department of Transportation began accepting fiscal year 2021 applications from Connecticut cities and towns for roughly $18 million in State Local Bridge Program for SLBP funds on October 26, with the application deadline set for November 30.

[Above photo via the Connecticut DOT.]

The agency said in a statement that its SLBP grants provide funding to Connecticut towns and cities for the removal, replacement, reconstruction or rehabilitation of local bridges.

The Connecticut DOT noted that there are about 4,200 bridges and culverts on locally-owned, municipally-controlled roadways across the state and that the Connecticut General Assembly created the SLBP in 1984 as a way to assist municipalities in offsetting the costs for maintaining those important local structures.

Many state departments of transportation across the country provide fiscal support to local bridge and road maintenance via grant initiatives similar to Connecticut’s program.

Meanwhile, in January, Governor Kay Ivey (R) and the Alabama Department of Transportation awarded a total of $7 million in funding for 31 local road and bridge projects on January 16; monies made available through the state’s Annual Grant Program, created under the Rebuild Alabama Act.