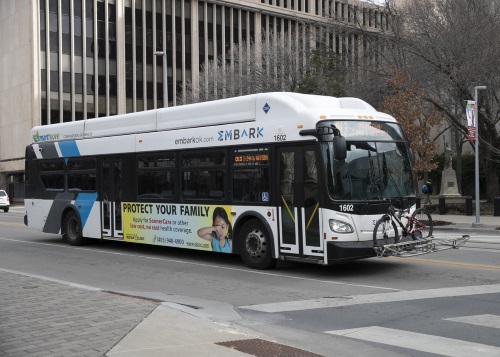 The Oklahoma Department of Transportation, in partnership with the Oklahoma Transit Association, issued the state’s first-ever public transportation plan on October 23: a plan that seeks to unite urban and rural transit services by laying out mobility priorities for the next 20 years.

The full plan is available to the public for review and comment at www.oktransitplan.org through November 21.

“With rapidly increasing mobility needs in urban and rural parts of the state, public transit planning has never been more important in Oklahoma,” noted Tim Gatz, Oklahoma’s secretary of transportation and executive director of the Oklahoma DOT, in a statement.

“This plan contains the first detailed study of the projected transit needs of our communities and begins to explore the changes and resources that may be necessary to modernize services and meet future demand,” he said.

The agency noted that it does not operate public transportation services directly; rather, the Oklahoma DOT administers nearly $26 million in federal and state funds annually to 20 rural public transit operators, which include local governments and nonprofit community agencies, in addition to more than 130 organizations that provide transportation services to seniors and individuals with disabilities.

Mandated by the state legislature in 2019 via passage of House Bill 1365 – a law that also created the Office of Mobility and Public Transit within the Oklahoma DOT – this statewide public transportation plan also gives the Oklahoma DOT responsibilities for administering new programs and statewide planning in partnership with transit providers.

Rather than a list of specific projects or service routes, the new statewide transit plan focuses on overall mobility priorities and goals for improving transit service and connectivity. It also features input from every transit provider in Oklahoma – from rural agencies and large urban transit systems alike – as well as feedback from the public via a survey that polled 2,000 state residents.

The agency added this new plan outlines all of the goals, strategies, objectives, and priorities – including funding needs – required to make Oklahoma a “Top 10” state for public transit by 2040.

“Completion of the Oklahoma Public Transit Policy Plan is just the beginning of a new era of cooperation and coordination between ODOT and the state’s public transit providers,” Mark Nestlen, CEO of the OTA. “We really appreciate the input from our transit providers, stakeholders and the