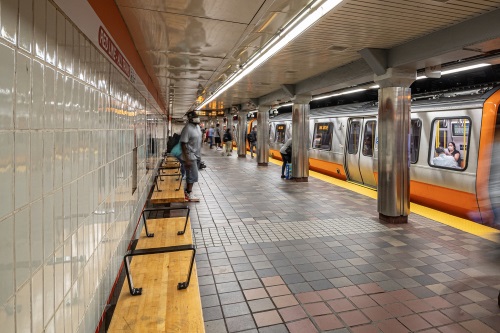 Separate reports issued by the Boston Consulting Group (BCG) and Transit Center advocacy group argue that there is a “fundamental alignment” between how transit agencies respond to the health and safety needs posed by COVID-19 and the measures they implement to improve sustainability, reliability, and cost to transit riders as the pandemic recedes.

BCG’s report – Solving the Mobility Challenge in Megacities – is based in part on a pre-pandemic survey of 2,000 people in Beijing, Boston, London, and Moscow about their “mobility priorities.” That poll identified three long-term “priorities” transit systems should incorporate:

While COVID-19 has altered mobility decisions in the short term – with consumers more inclined to use private cars because they offer greater protection against the virus than shared forms of mobility – BCG believes the findings will hold true over the medium to longer term.

“Contrary to the often-touted shift away from car ownership that dominates much public debate, survey respondents expressed a growing desire to own a car,” the BCG said in its report.

“But the main reasons given for car ownership were practical concerns (including speed and flexibility) and necessity (due to a lack of better alternatives), rather than personal preferences, such as emotional attachment, the car’s importance as a status symbol, or the joy of driving,” the group added. “This suggests that consumers are willing to give up their vehicles provided cities create more effective transportation systems to take their place.”

A separate report by the Transit Center argues that the COVID-19 pandemic proved that cities “literally could not survive without transit” as transit “kept cities functioning during the initial outbreak, enabling millions of workers to reach jobs at hospitals, warehouses, grocery stores, public utilities, and other basic services.”

At the same time, the effects of COVID-19 pose serious challenges for the continued provision of abundant, reliable, and safe transit service.

“People are justifiably wary of gathering in shared spaces, and even small shifts to car travel will further mire surface transit in congestion that makes service slower and less reliable,” the report said.

Drawing on interviews with public health experts and transit agency officials, as well as a survey of more than 2,000 residents in major American cities, the Transit Center report focuses on three key findings:

Several state departments of transportation are already engaged in transit efforts suggested by both reports.

The Connecticut Department of Transportation, for one, conducted statewide mask distribution efforts to both rail and bus riders in August and July, respectively.

The American Association of State Highway and Transportation Officials also sent a letter to the Federal Transit Administration in April outlining “thoughts and recommendations” from its Council on Public Transportation on ways the agency can maximize aid to state DOTs and their transit sub-recipients during the COVID-19 national emergency.

That letter argued in part that state DOTs and transit systems should be allowed to submit several grant modifications based on priority needs and a revised program of projects to better combat challenges arising from the COVID-19 pandemic.

Also, in September, the American Public Transportation Association launched a national “Health and Safety Commitments Program” for transit agencies during a virtual event – a program designed to assure passengers that public transit systems are “taking all the necessary measures to operate safely” as the nation recovers from the COVID-19 pandemic.