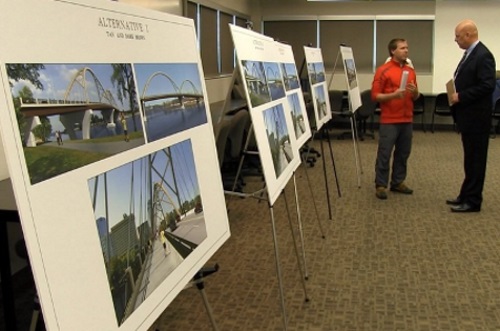 TAP – a reimbursement-type grant program that provides for an 80 percent federal share and a 20 percent local match from eligible applicants – provides fiscal support for programs and projects defined as “transportation alternatives” for pedestrians, bicyclists, and other non-motorized forms of transportation.

Projects eligible for TAP funds include construction of on-road and off-road trail facilities that include sidewalks, bicycle infrastructure, pedestrian and bicycle signals, lighting and other safety-related infrastructure.

Meanwhile, RTPs are a subset of TAP and are funded through a portion of TAP funds set aside specifically for recreational trails, which includes projects that convert abandoned railroad corridors for pedestrian and bicycle trails.

The Arkansas DOT noted in a statement that it is splitting $8.9 million in total 2020 TAP funds between 43 projects, while providing $1.2 million in total grants to 12 RTP projects statewide.

“You don’t ever know what’s going to happen with all that goodness,” he added in a separate statement highlighting how $2.6 million of that $8.6 million in overall TAP and RTP grants would support seven projects in cities and towns across West Virginia’s Eastern Panhandle.

A 2019 report issued by the Rails-to-Trails Conservancy indicated that such TAP and RTP investments could key to helping shift short trips from driving to walking and biking via the development of connected active-transportation infrastructure.

Such a shift would also help generate a return on investment of $73 billion to $138 billion per year in the United States if connected to public transit systems, the group said.