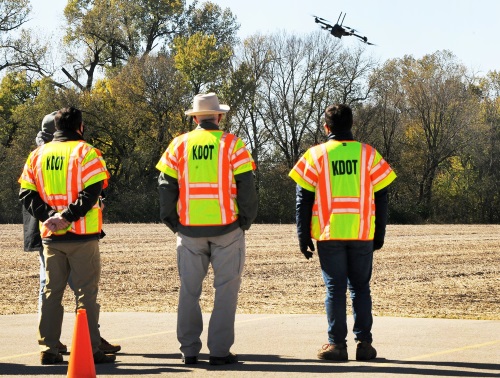 The U.S. Department of Transportation is launching a new drone research initiative dubbed the BEYOND program that will build upon the agency’s three-year long Unmanned Aircraft Systems Integration Pilot Program (UAS IPP) that wrapped up on October 25.

USDOT said eight of the nine state, local, and tribal governments that participated in its UAS pilot program signed new agreements with the Federal Aviation Administration to continue tackling drone integration challenges as part of the BEYOND initiative.

“The IPP propelled the American drone industry forward, allowing for unprecedented expansions in testing and operations through innovative private-public partnerships across the country,” noted U.S. Chief Technology Officer Michael Kratsios in a statement.

“Now, the BEYOND program will build upon this success, tackling the next big challenges facing drone integration,” he added.

FAA Administrator Steve Dickson added that many of the IPP participants pivoted from their original missions to support COVID-19 pandemic response and recovery efforts, demonstrating in his words “the increasing value of drone operations in this new environment.”

Three state departments of transportation will participate in the USDOT’s new BEYOND drone initiative: the Kansas, North Dakota, and North Carolina DOTs.

“Drones are going to be an increasingly important part of our transportation system, and we need to make sure our state and our country are ready for them,” explained Eric Boyette, North Carolina’s transportation secretary, in a statement.

NCDOT’s participation in the now-completed UAS IPP focused on using drones for package delivery, infrastructure inspections, and emergency storm response – all while working out many of the challenges faced when using drones for flights beyond the visual line of sight and flying over people.

Meanwhile, the Kansas Department of Transportation’s Division of Aviation recently completed a field exercise to demonstrate the capabilities of drones for infrastructure inspections and disaster response – saving time and money while allowing state agencies to examine disaster sites faster and safer in emergency response situations.

“Safety is our top priority and we seek every opportunity to employ better transportation solutions for citizens across our state,” noted Julie Lorenz, Kansas DOT’s secretary, in a statement – adding that 44 state agency, university, and technology partners will be joining the Kansas DOT team as part of the agency’s participation in USDOT’s BEYOND program.

“Our success in UAS research allows us to advance technology while keeping safety at the forefront,” emphasized Bill Panos, director of the North Dakota DOT, in a separate statement.

“Data from those [UAS IPP] flights has informed ongoing rulemaking, policy and guidance and will continue to support future efforts,” he said. “We look forward to continue working in partnership with North Dakota UAS leaders and building a safer airspace while developing economic benefits for the state.

Panos added that USDOT’s BEYOND program would focus in part on the steps necessary to facilitate “scalable, repeatable, and economically feasible” beyond visual line of sight or BVLOS drone operations in three areas: infrastructure inspection, public safety operations, and small cargo/package delivery.