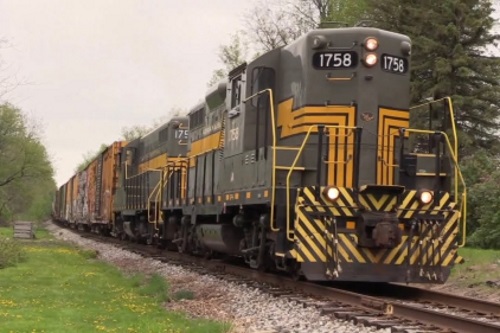 The U.S. Department of Transportation is expanding eligibility and flexibility for a pilot program aimed at expediting long-term, low-cost loans for short line and regional railroads.

In addition to expedited handling of loan requests, the USDOT said in a statement that broadening eligibility for the program would allow it to increase loan amounts from $50 million to $150 million, make more types of projects eligible, increase finance loan amounts from 40 percent to 75 percent, and allow the consideration different categories of environmental review.

The USDOT added that this program expansion also raises credit-risk premium assistance from the previous 5 percent up to 10 percent of the loan value, capped at $5 million per application. The agency added that since 2017 the bureau has closed more than $1.1 billion in RRIF loans, supporting more than $1.6 billion in infrastructure investment across the country.

“The RRIF Express program, originally introduced in December 2019, was a well thought-out attempt to improve the traditional RRIF program and it has generated substantial interest throughout the country,” noted Chuck Baker, President of the American Short Line and Regional Railroad Association, in a statement.

“We are excited about these improvements being rolled out as RRIF Express 2.0,” he added. “The modifications combine to form a robust and significant improvement to the program and should allow for more short line projects to be presented and selected for funding.”

Some state departments of transportation have launched their own fiscal efforts to support short line railroads.

For example, in October, the Kansas Department of Transportation provided $5 million in grants to support 13 railroad projects through the agency’s Short Line Rail Fund program – a program it created in July.

The program is a partnership between the public and private sector, as applicants are required to provide 30 percent in matching funds. The Kansas DOT noted that the 13 projects it selected for grants seek to improve and/or construct nearly 15 miles of track totaling a $7 million investment.

“This project, and the IKE program as a whole, exemplify the change in how this administration does business,” said Governor Laura Kelly (D) in a statement – referencing the Eisenhower Transportation Legacy or IKE program approved by the state legislature and signed into law in early April.

“Kansas will benefit because of programs like IKE, which demonstrates how government can be dynamic, fiscally responsible, and implement cutting-edge strategies to produce results for our communities,” she emphasized, noting that the IKE program is committed to providing $5 million in Short Line Rail Fund grants annually for the three years.