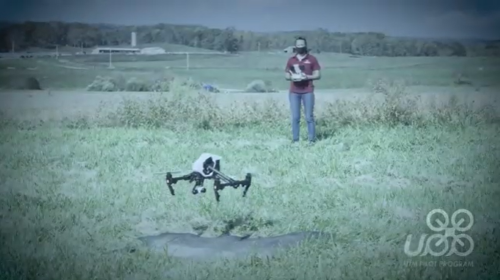 [Above photo via the FAA.]

That program provided a proof of concept for a UTM ecosystem for uncontrolled operations that is separate from, but complementary to, the FAA’s Air Traffic Management system – serving as the basis for policy considerations, standards development and the implementation of a UTM system.

“These demonstrations will help move us closer to safe beyond-visual-line-of-sight drone operations,” noted Pamela Whitley, the FAA’s acting assistant administrator for NextGen, in a statement. “Flight testing UTM capabilities in high-density airspace will help us develop policy for safely and efficiently integrating drones into our national airspace while benefiting and serving communities.”

The demonstrations highlighted UTM capabilities that will support beyond-visual-line-of-sight or BVLOS operations:

The FAA noted it has worked closely with NASA and other entities since 2017 to identify the initial set of capabilities needed to support small drone operations and advance UTM. The FAA Reauthorization Act of 2018 extended the objectives of the program to enable safe BVLOS drone operations.

Meanwhile, the U.S. Department of Transportation is moving forward with a new and broader drone research initiative dubbed the BEYOND program that will build upon the agency’s three-year Unmanned Aircraft Systems Integration Pilot Program that wrapped up on Oct. 25.

The USDOT said eight of the nine state, local, and tribal governments that participated in its UAS pilot program signed new agreements with the FAA to continue tackling drone integration challenges as part of the BEYOND initiative.