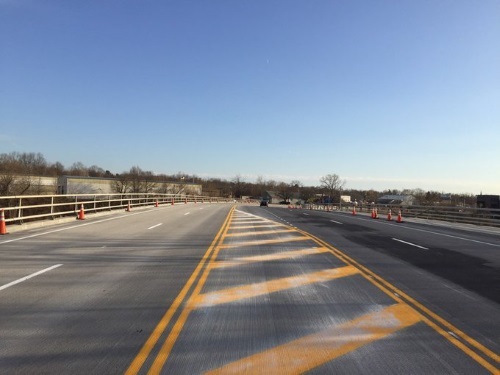 The New York State Department of Transportation recently finished major construction on the rehabilitation of Freemans Bridge over the Mohawk River, improving travel efficiency and safety along a heavily traveled connector between the City of Schenectady and the Town of Glenville in Schenectady County.

Only “minor finishing work” remains on this project, the agency said; a project that also extended the service life of the bridge by 25 years.

Built in 1985, Freemans Bridge is one of five river crossings in the Schenectady County region, with an average of 26,442 motor vehicles crossing the span per day.

“New York State is not only restoring our infrastructure but building it back better and more resilient to meet the demands of the 21st Century,” NYSDOT Commissioner Marie Therese Dominguez noted in a statement.

“The rehabilitated Freeman’s Bridge strengthens an important link that helps connect the Capital Region together and exemplifies one of the great things about transportation – its ability to bring communities together and make it easier for residents and visitors alike to experience all that they have to offer,” she added.