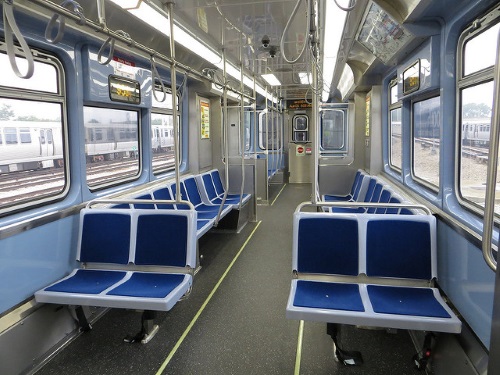 The American Public Transportation Association and the Transit app jointly released a new APTA Ridership Trends dashboard that provides up-to-date, week-by-week estimations of public transit ridership for agencies across the United States. The dashboard is available via www.transitapp.com/APTA.

[Above photo by the Chicago Transit Authority.]

During the COVID-19 pandemic, APTA said public transit ridership increased and dropped rapidly in response to public health alerts. Those changes make it difficult for public transit agencies that rely on monthly or quarterly reporting to follow up-to-date ridership trends and benchmark against their peers.

To tackle that challenge, APTA and the Transit app joined forces to build a new resource for the entire industry, tracking demand for public transit and publishing estimates of ridership change in real time.

“Agencies around the country need up-to-date information to help them make critical business decisions during this unprecedented pandemic,” explained Paul Skoutelas, APTA president and CEO, in a statement. “This new partnership will benefit our members and riders all around the nation.”

“We work hand-in-hand with transit agencies around the country every day,” added David Block-Schachter, chief business officer of Transit. “Agencies are looking for new, faster ways to gather data in order to respond to rider demand. The number of people using our app for transit information is a great barometer for estimating overall ridership in near real-time.”

He noted that Transit’s team also analyzes route-level and system-wide origin-destination data, to provide transit agencies with up-to-date information about rider demand in its Transit Dashboard.

The firm noted that estimated values for each week are statistically modelled based on measures of Transit app usage, thus do not represent actual reported ridership counts from agencies. App usage is attributed to a particular transit agency if that agency’s service appears as a nearby option for the user when they open the app.

Transit added that its app usage statistics count the frequency of how often the app is opened, providing a measure of demand for public transit, and consider additional factors such as regional trends and current severity of the pandemic.