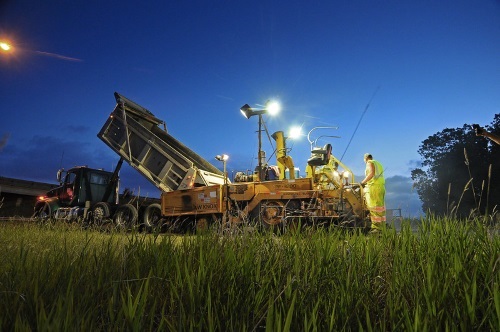 The Minnesota DOT noted that the $61 million in freight funding awards is part of a second round of fiscal support offered to Minnesota cities, counties, ports, airports, agency district offices, and railroads via the competitive Minnesota Highway Freight Program or MHFP. Funding for the MHFP comes from the 2015 Fixing America’s Surface Transportation or FAST Act.

“The projects selected through this program represent some of the highest freight needs in both Greater Minnesota and the Twin Cities Metro Area,” noted Andrew Andrusko, MHFP program manager, in a statement. “We are excited to work with state and local partners to improve freight efficiency and support commerce and jobs throughout the state during this critical time.”

Meanwhile, the agency released two key short- and long-term transportation-planning documents. The first is its State Transportation Improvement Program or STIP for 2021-2024 – a plan that maps out a four-year, $8.6 billion transportation investment strategy for federal, state, and local funds.

Recently approved by the Federal Highway Administration, the Minnesota DOT said the 2021-2024 STIP will be updated throughout the year to reflect significant changes. In addition to federal highway and transit projects, it also includes rail and port projects for informational purposes.

The agency also released its Capital Highway Investment Plan or CHIP for 2021-2030 – detailing its planned investments for the state’s highway network during the next decade, including more than 6,000 centerline miles of pavement work and more than 400 bridges targeted for repair or replacement.

That 10-year plan also includes other investments that would improve safety and mobility, improve freight movement, support bicycling and walking, and make the system safer and more accessible for those with disabilities. The first four years of the CHIP represent state highway projects in the agency’s current STIP while the next six years identify the agency’s planned investments.

“We don’t do it alone,” she added. “All of our transportation plans are developed and continuously updated through strong partnerships with local planning organizations and other partners, as well as with input from diverse and engaged communities throughout the state.”

Finally, the agency just issued its very first Statewide Pedestrian System Plan to identify “priority areas” for investments for places where people walk across and along Minnesota highways. The plan also lays out specific strategies to improve walking availability and accessibility now and for the next 20 years to help communities plan for the future, Minnesota DOT added.