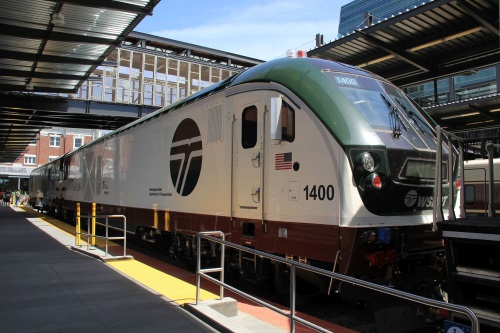 A new report issued on December 8 – entitled the 2020 Framework for the Future and crafted by consulting firm WSP USA along with IMG Rebel and EnviroIssues – establishes a “roadmap” for continued work on an ultra-high-speed rail network linking the Pacific Northwest.

The new system would link the metropolitan areas of Portland, Seattle and Vancouver in British Columbia while also offering connections to stations in between and beyond. The new report said “uniting this mega-region” could transform the Pacific Northwest by improving overall mobility, boosting economic growth and significantly decreasing greenhouse gas emissions – all while offering travel times of less than an hour between each major city.

The 2020 report offers “direction” on creating a coordinating entity to advance the project beyond the initial concept phase and outlines a more formal governing model for the future. It also emphasizes the importance of robust engagement with communities, elected officials, state and national officials, business and labor leaders and advocacy organizations. Finally, it sets forth several funding and financing scenarios that include possible federal, state and private investments.

Earlier studies estimated that the ultra-high-speed system could generate $355 billion in economic growth and more than 200,000 family-wage jobs, with construction costs estimated to be between $24 billion and $42 billion and revenues expected to cover project costs by 2055.

Additionally, by using high-speed rail, magnetic levitation or hyperloop technology, this mega-region rail system would be “stand-alone,” rather than sharing or relying on existing infrastructure and include some elevated tracks and tunnels with no at-grade crossings with roads.

“We are living in unprecedented times that call on us to envision our future in new ways,” explained Washington Governor Jay Inslee (D) in a statement. “Transformative infrastructure projects like this one could help us rebuild our economy in the short term and provide us with a strong competitive advantage in the future. It could transform the Pacific Northwest.”

“This study is another important step toward better, faster ways for people to get where they need to go throughout the Pacific Northwest,” added British Columbia Premier John Horgan. “Improving connections through ultra-high-speed rail is good news for people on both sides of the border as B.C. moves forward with Washington and Oregon on a path to building a stronger post-COVID19 regional economy that works for everyone.”