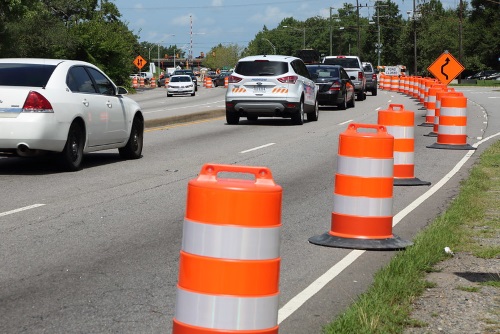 The Virginia Department of Transportation recently began its second major anti-littering effort on December 7: the Beautify Virginia program, which is part of a broader effort by the agency to keep Virginia’s roadways litter free.

Through the new Beautify Virginia program – which is part of the agency’s broader Environmental Stewardship Initiative – the Virginia DOT said it seeks to engage community and civic organizations, businesses, non-profit companies and residents that can sponsor litter pickups along segments of eligible highways and interstates, with an approved contractor performing the work on their behalf.

To support this effort, the agency will place signage with the respective sponsor’s name and official logo along the sponsored roadways.

“Across Virginia’s transportation sector, we are integrating environmental stewardship and creating sustainable policies that support mobility, access, and our quality of life,” explained Shannon Valentine, Virginia’s secretary of transportation, in a statement. “Investing in safe, healthy communities is our commitment to all who call Virginia home.”

“The value of the partnerships created by the Beautify Virginia program is twofold,” added Rob Cary, Virginia DOT’s chief deputy commissioner. “There is value in forging new and sustaining existing relationships within our communities and also in leveraging the strength of those relationships to serve as good stewards of our environment.”

The Beautify Virginia program follows the Virginia is for Lovers, Not Litter public outreach campaign launched by the agency in September to raise awareness about Virginia’s roadway litter problem.

The Virginia DOT noted that it spends nearly $3.5 million annually to remove litter from Virginia’s roadways, with more than half of that litter coming from motorists with another 25 percent from pedestrians.

Meanwhile, the Louisiana Department of Transportation is taking a new approach in its anti-littering efforts – literally “spelling out” for motorists that litter on the state’s roadways is “unsightly, unacceptable, preventable, and a drain on resources.”

The agency noted in a statement that it is placing six foot tall 3D letters made of trash along major state roadways to “bring further attention to a dirty problem” – that litter is “not only trashy, but that abatement efforts are also expensive.”

The agency said it spends approximately $9 million every year picking up an average of 63,000 cubic yards of litter – money that, for example, could pay for the overlay of about 90 miles of roadway; more than the distance between Baton Rouge and New Orleans.