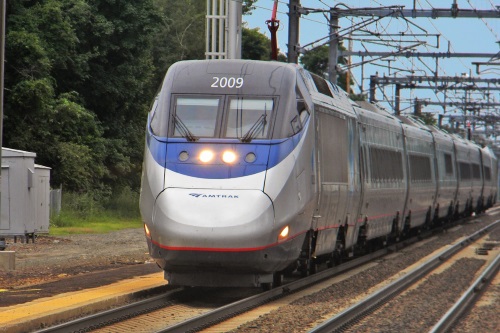 The Federal Railroad Administration announced on December 29, 2020, the full operation of positive train control or PTC technology on all 57,536 required freight and passenger railroad miles mandated by Congress in the Rail Safety Improvement Act (RISA) of 2008.

[Above photo via the FRA.]

FRA said it also certified – as required by RISA – each host railroad’s PTC system complies with the technology’s technical requirements.

Furthermore, the agency noted that all 41 railroads covered by that law – including seven Class I railroads, Amtrak, 28 commuter railroads, and five other freight railroads that host regularly scheduled intercity or commuter rail passenger service – achieved “interoperability” between each applicable host and tenant railroad that operates on PTC-governed main lines.

PTC systems aim to prevent train-to-train collisions, over-speed derailments, incursions into established work zones, and movements of trains through switches left in the wrong position, noted FRA Administrator Ronald Batory in a statement and serves as a “critical piece” and “new dimension of safety” in the railroad industry.

“But it does not take the place of the men and women who operate and maintain freight and passenger trains,” he stressed. “At its core, PTC is a risk reduction system that will make a safe industry even safer, and provide a solid foundation upon which additional safety improvements will be realized.”

The U.S. Department of Transportation added that it supported full and timely implementation of PTC systems by providing approximately $3.4 billion in grant and loan funding to support the implementation of that technology by railroads and other entities to comply with the PTC mandate.