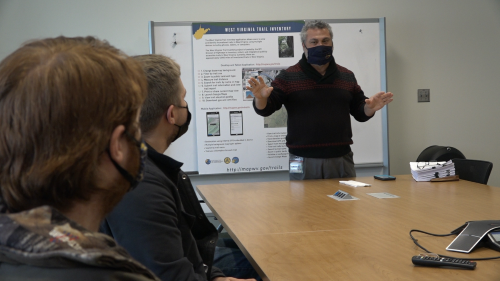 The West Virginia Department of Transportation is teaming up with students from the West Virginia University Institute of Technology or WVU Tech to develop a tracking application for statewide bus service.

The project involves entering data for all 18 of West Virginia’s public transit agencies into the General Transit Feed System or GTFS; a national data network that saves information in a common format that can be accessed through Google Maps or similar applications.

Once completed, a user in one part of the state will be able to punch their starting point and destination into a cell phone or computer and find out what bus routes they’ll need to take to get where they’re going. The routes will include timetables, fares, where to get on, and so forth.

“We want to make sure it’s available for all the bus systems people use every day,” explained Neal Vance, safety and planning coordinator for the West Virginia Division of Public Transit, in a statement.

Bill Robinson, the agency’s public transit director, added that about 35 of West Virginia’s 55 counties currently have some form of public transportation available and that public transit accounts for about 6 million rides a year in a state with a population of about 1.8 million.

He added that Jimmy Wriston, West Virginia DOT’s deputy secretary and a graduate of WVUTech, first suggested the idea of working with students to help solve the labor-intensive problem of collating data for all of the state’s transit agencies.

“As software developers, we know there are opportunities out there,” said Jacob Tellep, a WVU Tech senior who is participating in the program. “If you don’t have transportation, you’re stopped in your tracks right away. It’s vitally important.”​

Meanwhile, in a related effort, the West Virginia DOT said that Bluefield Area Transit plans to build a roughly $2.7 million bus transfer station in the city of Bluefield funded by a grant from the Federal Transit Administration.

West Virginia DOT’s Robinson said a transfer station in Bluefield is necessary to keep riders out of the weather while waiting to transfer to another bus or to shelter Greyhound bus passengers – adding that the facility will also be able handle natural gas vehicles and is part of a larger effort to revitalize an underutilized part of town.

“Bluefield had a vision, to grow and to thrive,” Robinson noted in a statement. “They are in the middle of a revitalization, and we’re proud that our project comes along at just the right time to really help people in this beautiful part of the state.”