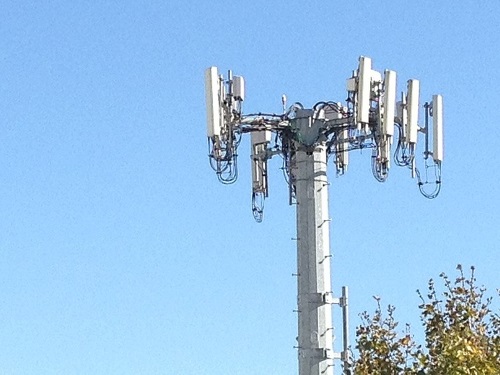 The American Association of State Highway and Transportation Officials sent a letter to the Federal Communications Commission on January 12 to express concern regarding the agency’s proposal to make “sweeping changes” to the 4.9-gigahertz (GHz) wireless communication band.

[Above photo via Wikipedia Commons.]

One of the main reasons behind AASHTO’s focus on the FCC’s plan to make changes to the 4.9 GHz spectrum is that wireless communication band’s important role in unmanned aerial system or UAS operations.

AASHTO generally supports the recommendation to enable the use of 4.9 GHz for UAS operations – commonly referred to as drones – as UAS is playing a growing role in supporting state department of transportation Traffic Incident Management or TIM strategies, roadway-crash scene reconstruction, surveying, and inspection of critical transportation infrastructure, to name a few.

The AASHTO letter addresses the seventh further notice of proposed rulemaking issued by the FCC on November 30, 2020, calling the agency’s decision to freeze incumbent licenses in place to be “severely disruptive” to both state and local entities that have operational needs requiring continued access to the 4.9 GHz spectrum.

That rulemaking would also “prevent system expansions for months and possibly a year or more,” AASHTO noted in its letter.

To address those issues, AASHTO recommends that the FCC “suspend the freeze for at least 180 days” of its rulemaking effort in order to provide “incumbent entities” the opportunity to submit applications to expand their 4.9 GHz facilities.

“The spectrum has been designated for public safety use and suspension of the freeze as recommended would simply provide the opportunity for additional public safety use in the band, furthering the [FCC’s] policy goal to ensure the band is more heavily used,” AASHTO explained in its letter.

However, AASHTO noted that it agrees with the FCC that incumbent 4.9 GHz systems “need to be protected against interference and signal degradation” as states enter into lease arrangements and also agrees with the agency’s contention that there “needs to be a nationwide standard for interference protection.”

“AASHTO believes allowing UAS operated under the rules established by the Federal Aviation Administration to use the 4.9 GHz spectrum would be very beneficial,” the organization said in its letter.

That’s why “given the emerging importance of UAS operations, imposing a restriction against UAS use of the 4.9 GHz spectrum simply creates an artificial limitation that is contrary to the [FCC’s] stated goal of increased usage in the band,” AASHTO added.