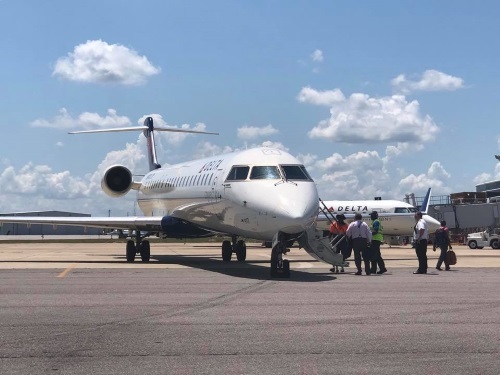 [Above photo by Montgomery Regional Airport.]

The Aeronautics Bureau within the Alabama Department of Transportation plans to release a full report on February 15 how the state’s 80 public airports are significant “economic engines,” generating over $4.9 billion in state economic activity each year, support 44,399 jobs and $1.9 billion in payroll. Additionally, they generate almost $268 million in tax revenues to support local communities.

“Our airports are a key asset for Alabama, providing critically important access for Alabamians, as well as our visitors,” noted Alabama Governor Kay Ivey (R) in a statement. “Most recently, these airports have provided a vital role in the distribution of the COVID-19 vaccines to local communities. Aviation is a thriving industry in our state and an important part of our economic health.”

That report – released by the North Carolina Department of Transportation’s Division of Aviation – also found that, based on 2019 data, that airports and aviation-related jobs provide $15 billion in personal income and contribute $2.5 billion in state and local tax revenues every year.

“Despite the challenges of 2020, our network of airports, and the aviation and aerospace assets that rely on them, still help move our economy forward by creating jobs, supporting business growth and connecting people and companies to markets around the globe,” noted Bobby Walston, director of the agency’s aviation division, in a statement.

Moderated by Hari Kumar Parameshwar, executive director and business head for global aviation at consulting firm AECOM, the webinar highlighted the economic importance of airports and their need for greater “resiliency” in the future.

“Futuristic airports [will be] built with resilient infrastructure comparable to a Smart City by integrating physical, interactive, and human frameworks,” explained Parameshwar in a blog post.

“This brings with it a multitude of external challenges, along with growing year-on-year passenger traffic, such as tighter security and increased regulation, greater human experience and provision for phased capacity expansion,” he said. “If airports have to act as stand-alone communities, a resilient infrastructure needs to be designed to meet the various demands of these airports.

Parameshwar said two key points emerged from Schneider Electric’s airport webinar. The first is that airports must have the “right infrastructure” in place, based on a performance-based design, green infrastructure, smart technology, reliable and redundant utilities, sustainable ground access, security against cyber-attacks, resilient to fire and natural calamities, etc.

“The second element of a resilient airport relates to operations, with comprehensive operational plans and procedures in place,” he pointed out.