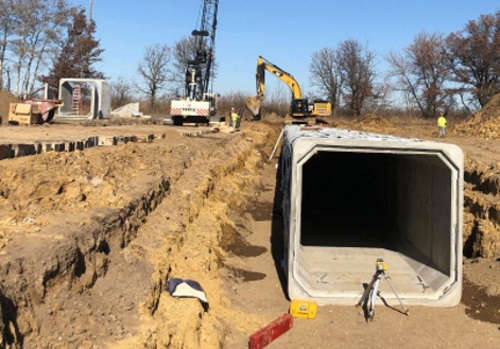 The Minnesota Department of Transportation helped identify four projects in Greater Minnesota to receive a total of $1.85 million for infrastructure development under the state’s Transportation Economic Development or TED program, announced today.

Created in 2010 by the Minnesota Legislature, the agency said the TED program provides funding for infrastructure projects that create economic development opportunities, jobs, and improvements to statewide transportation systems.

While the Minnesota DOT allocates TED program funding, the Minnesota Department of Employment and Economic Development also evaluates proposed TED projects and certifies those that may receive financial assistance.

“Infrastructure investments are a powerful way for us to bring more business to Minnesota,” explained Margaret Anderson Kelliher, commissioner of the Minnesota DOT in a statement. “Improving the geographic and funding balance provides statewide benefits.”

Collins – a 16-year veteran of the Minnesota DOT – succeeds Scott Peterson, who retired from the agency following 29 years in state service.

With Collins’ appointment, the Minnesota DOT is now one of the only state transportation agencies with women in the majority of leadership roles, noted Anderson Kelliher – adding that Collins is also the first woman of color to serve as deputy commissioner for the Minnesota DOT.