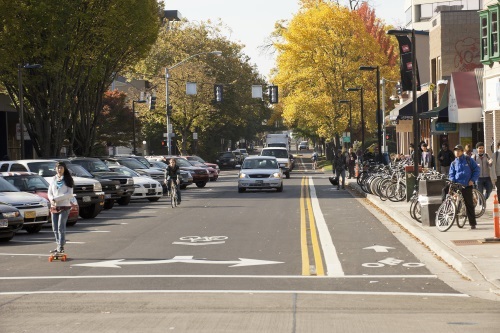 With support from a federal grant, the Oregon Department of Transportation said it would pilot test the state’s pay-per-mile road usage charge or RUC system, known as OReGO, at the city and county level.

The agency said in a statement that it is now recruiting motorists via a survey to determine their eligibility for this study, which will run through the summer of 2021.

The agency added that participants in this particular RUC study could earn up to $450 if they plug a device into their vehicle’s OBD-II port, drive that vehicle around the Portland Metro area, and answer questions about their experience – with all participant data protected and kept confidential.

The OReGO RUC system – launched in 2015 – developed from the Oregon Road User Fee Task Force that investigated alternatives to traditional motor fuel taxes. The Oregon DOT designed and conducted RUC pilot programs in 2006 and 2013 to test a per-mile charging system before formally launching the voluntary OReGO system five years ago – a system with 2,000 vehicles enrolled to date.

By law, Oregon’s RUC program offers drivers choices for the technologies they use to report miles driven as well as how they manage and pay their road usage charges. They can obtain services through private sector account managers with market-driven options that are efficient and cost-effective, the Oregon DOT noted.