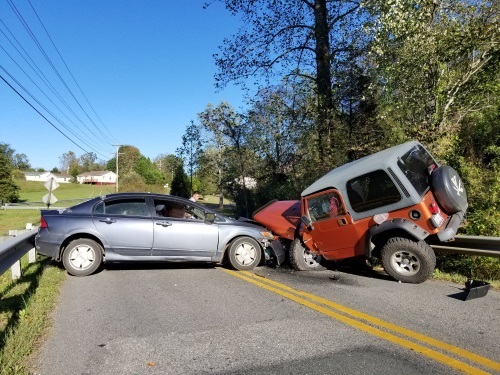 That report found, from 2015 to 2019, teen drivers and passengers aged 16 to 19 accounted for a greater proportion of speeding-related fatalities (43 percent) than all other age groups (30 percent).

Meanwhile, a separate report on new crash tests conducted by the AAA Foundation for Traffic Safety, the Insurance Institute for Highway Safety, and Humanetics found that even “modest” increases in speed increased the likelihood and severity of occupant injury in a crash.

“Higher speed limits cancel out the benefits of vehicle safety improvements like airbags and improved structural designs,” noted Dr. David Harkey, IIHS president, in a statement. “The faster a driver is going before a crash, the less likely it is that they’ll be able to get down to a survivable speed even if they have a chance to brake before impact.”

The GHSA report – entitled Teens and Speeding: Breaking the Deadly Cycle, with data analysis conducted by Richard Retting of Sam Schwartz Consulting – includes a state-by-state statistical look at speeding-related fatal crashes involving teens: finding that drivers are more likely to be male; have run off the road or rolled the vehicle; and, be unbuckled.

While GHSA’s report includes data through 2019, the new analysis of teen driving deaths is timely as overall traffic crashes have spiked during the COVID-19 pandemic and speeding on less-crowded than normal roadways is cited by states as a major factor in the surge in motor vehicle deaths. State departments of transportation from across the country stepped up efforts to combat excessive speeding over the course of 2020, especially due to the risk such speeding posed in highway work zones.

“Our country has a speeding problem that has only worsened during the COVID-19 pandemic,” noted Jonathan Adkins, GHSA’s executive director, in a statement.

“Thousands of people die needlessly on our roads because some drivers mistakenly think less traffic means they can speed and nothing bad will happen,” he said. “The data tell us that teen drivers are the most likely to be tempted to speed, so the need to address this issue is more critical than ever given traffic death trends during the pandemic.”

“In 2020, fatalities increased nearly 7 percent, while traffic was down approximately 13 percent in Tennessee” due to the COVID-19 pandemic, explained Clay Bright, Tennessee DOT’s commissioner, in a statement. “This number is staggering and it’s not OK. We want motorists to take notice and work with us in making a change.”

He noted that of the 1,211 traffic fatalities that occurred in Tennessee in 2020, 396 were unrestrained – an increase of 32 percent from 2019. Fatalities in both the urban and rural areas of the state also increased compared to 2019 – up 56 percent and 44 percent, respectively.