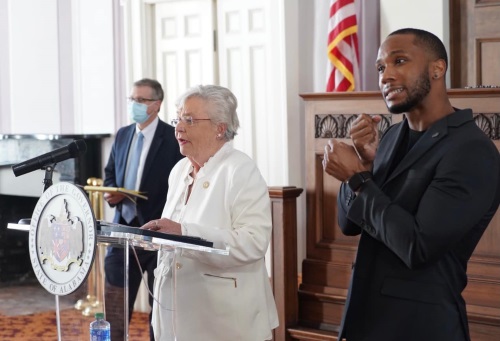 Across the country, from Florida to Alaska, governors proposed significant transportation investment efforts for 2021 and beyond in their yearly state-of-the-state addresses.

In Florida, the $96.6 billion “Florida Leads” state budget issued by Governor Ron DeSantis (R) on January 28 proposes $10.4 billion in funding for the Florida Department of Transportation, which includes $3.5 billion for roadway work, $717 million for rail/transit needs, $516 million for bridge work, $122.6 million for seaport infrastructure, and $331 million for aviation improvements.

“Having a safe and efficient transportation system is critical in the everyday lives of Florida’s families and visitors and is an essential part of Florida’s prosperity,” the governor said in a statement. “My budget provides critical funding for innovative and multimodal projects that will enhance safety and keep Florida moving well into the future.”

Florida DOT Secretary Kevin Thibault added that, “investments in transportation are crucial to our communities, our economy, and the future of our state,” noting the $10.4 billion in funding proposed by Gov. DeSantis would allow his agency to “build an innovative transportation system that will fit the needs of a growing and flourishing Florida.”

In Alaska, the budget proposed by Governor Mike Dunleavy (R) introduced what he called a “framework” for a $350 million bond package that would include funds for transportation projects.

“Subject to a vote of the people, this package will target roads to resources, energy upgrades, and critical infrastructure projects,” he said in his January 28 address. “By acting now, we can turn historically low interest rates into historic opportunities for Alaskans.”

In Oklahoma, Governor Kevin Stitt (R) stressed in his February 1 address that infrastructure investment is what will “grow and attract businesses” to the state.

“Tim Gatz, secretary of transportation, is doing a great job working with the teams at Oklahoma DOT and the Turnpike Authority to modernize their agencies,” the governor added. “That lets us focus on projects that link our cities and towns and provide access to new areas for economic development.”

In Delaware, Governor John Carney (D) proposed as part of his fiscal year 2022 budget to set aside $50 million for economic development – some $10 million of which will go to the state’s Transportation Infrastructure Fund.

In Alabama, Governor Kay Ivey (R) noted in her January 29 address that the focus on road expansion and reconstruction promulgated by the Rebuild Alabama program instituted in 2017 would continue in 2021.

In Michigan, Governor Gretchen Whitmer (D) noted in her January 27 address an intent to remain focused on infrastructure investment – especially when it comes to transportation.

“Growing our economy requires continued focus on our infrastructure,” she said. “The long infrastructure saga in Michigan impacts our ability to safely navigate our roads without spending hundreds of dollars each year in vehicle repairs.”

The governor also noted that, “we’re going to forge ahead rebuilding our roads in 2021 to protect our families and keep more money in Michiganders’ pockets.”