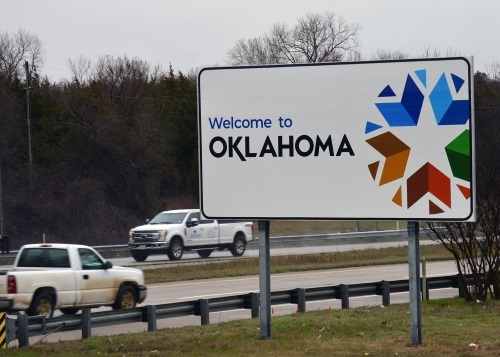 The Oklahoma Department of Transportation and the Oklahoma Turnpike Authority, along with other groups, are joining forces to launch a yearlong “Make Safety Stick: Everybody Click” motorists safety campaign to help reduce fatalities on Oklahoma roads.

The one effort will focus on all aspects of motorist safety, with seat belt usage as the overarching theme. In the first 15 days of 2021, the Oklahoma DOT said the state suffered 10 fatalities on its highways – and five of them were not wearing seat belts.

“We’re passionate about working together to bring down fatalities on Oklahoma highways and turnpikes and we’re asking motorists to be our safety partners,” noted Tim Gatz, executive director of the Oklahoma DOT and state transportation secretary, in a statement.

“On an almost daily basis, we see crashes that could have different outcomes if seat belts had been worn,” he stressed. “The odds of survival go up significantly and the severity of injuries often goes down when people are wearing their seat belts. We ask motorists to buckle up each and every time and heed safety protocols while driving.”

As part of this 12-month long campaign, the Oklahoma DOT said it would highlight a different aspect of highway safety combined with an emphasis on seat belt usage statewide as Oklahoma ranks 43rd nationally for motorists wearing their seat belts.

“We are very excited about this safety campaign that is designed to provide critical information to drivers daily to use as a tool in protecting themselves while driving,” added Terri Angier, an Oklahoma DOT spokeswoman. “Transportation officials and engineers take crashes on the highways very seriously and do everything in their power to keep highways safe and now ask drivers to join us in saving lives. The life they help us save may be their own or a loved one’s.”

Distracted driving resulted in 2,841 deaths nationally in 2018, the latest year with full data available, the Oklahoma DOT said – adding that one of the best ways to eliminate potential crashes is remaining focused behind the wheel by putting down the cell phone.

For the rest of 2021, the Oklahoma DOT will focus on providing various “safety tips” to help avoid the top causes of crashes and highway problems, as assessed by its engineers. That includes focusing work zone safety, bicycle and pedestrian safety, tips for sharing the road with commercial vehicles and motorcycles, and more.