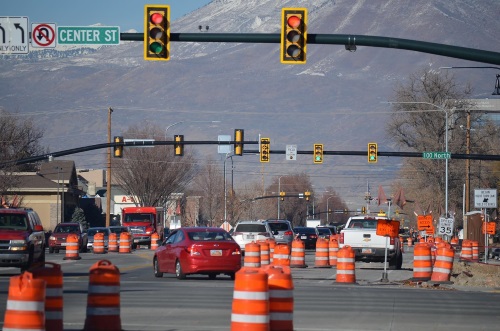 A smartphone traffic monitoring application launched by the Utah Department of Transportation in 2011 surpassed one million downloads in January 2021.

One of the first traffic apps created by a state department of transportation, the UDOT Traffic app serves as “one-stop shop” for all the information motorists need to effectively plan trips, including construction project locations, crashes and other incidents, real-time congestion and delays, access to traffic camera visuals, road weather data, seasonal road closures, and more.

Over the years, the agency plugged in additional information to the app, such as a snowplow tracker that plots the current location of the Utah DOT snowplows on the road. Clicking on an individual plow shows the direction, speed, and its previous path, so drivers can see where it has been and where it is going, the agency said.

In addition to its own app, the Utah DOT also shares data with companies such as Waze, Google Maps, and Apple Maps about construction delays and current traffic conditions.

“Whether by sharing our data with third parties or deploying new technologies on Utah’s roads, we’re always working to get better information to drivers, so they can plan their trips and get where they’re going safely and efficiently,” explained Lisa Zundel, director of the traffic management division at Utah DOT, in a statement.