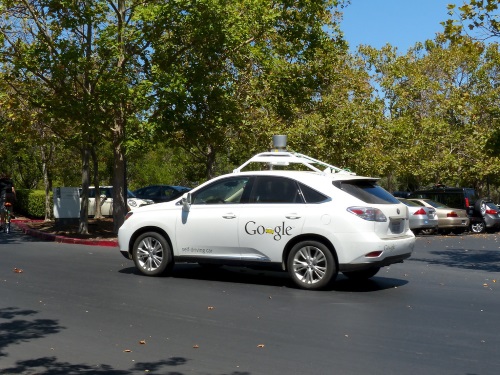 The Coalition for Future Mobility sent a letter to Congressional leadership on February 3 calling for more support of legislation “designed to advance U.S. leadership in the safe development and deployment of automated vehicles.”

[Above photo by Google.]

Noting that the United States is “a global leader in the development of these potentially life-saving technologies,” the coalition stressed in its letter that, “we have an opportunity to work collaboratively and chart a course that sustains U.S. leadership and innovation of these critical safety and mobility solutions for decades to come.”

The coalition – formed in 2017 and comprised of 45 groups and companies representing automakers, suppliers, tech companies, state and local governments, and advocates for seniors, veterans, and persons with disabilities – warned in a statement that, without bipartisan support AV legislation, the United States “risks falling behind” in providing Americans a safer, more environmentally friendly, accessible, and equitable future in transportation.

“Other countries are moving forward with AV policies, and the United States – home of self-driving technology – should not allow itself to lose its leadership position,” the group noted. “Our coalition members stand ready to work with you to make this important legislation a reality.”

That survey – mirroring the results of several previous polls – found many consumers don’t expect their next vehicle to have any sort of hands-free or self-driving capabilities, and that they are split on whether such systems even make vehicles safer in the first place.

“Some degree of trepidation here is probably a good thing,” noted David Undercoffler, editor-in-chief of Autolist.com, in a blog post. “It indicates that when consumers do begin to interact with increasingly capable ADAS and hands-free systems, they’ll still feel the very necessary need to stay vigilant even if their hands aren’t on the wheel.”