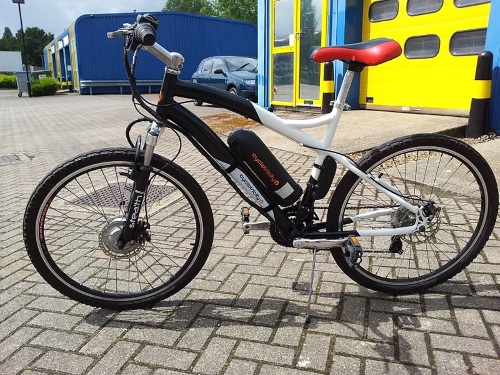 The Electric Bicycle Incentive Kickstart for the Environment or E-BIKE Act would create a consumer tax credit that covers 30 percent of the cost of a new electric bicycle costing less than $8,000, up to a $1,500 credit.

“My legislation will make it easier for more people from all socio-economic levels to own e-bikes and contribute to cutting our carbon output,” explained Rep Panetta in a statement. “By incentivizing the use of electric bicycles to replace car trips through a consumer tax credit, we can not only encourage more Americans to transition to greener modes of transportation, but also help fight the climate crisis.”

“Communities large and small are driving a bike boom [and] notably, electric bicycles are expanding the range of people who can participate and making bike commuting even easier,” noted Rep. Blumenauer, who is also the founder and co-chair of the Congressional Bike Caucus. “I look forward to working with Congressman Panetta on this important expansion of cycling opportunities.”

“The League knows life is better for everyone when more people ride bikes, and we know e-bikes make biking a more accessible and easier option for more Americans,” said Bill Nesper, executive director of the League of American Bicyclists. “We’re encouraged by congressional leadership on the E-BIKE Act, a bill that if passed will enable Americans to fight climate change and improve public health through the simple act of bicycling.”

Separately, the League of American Bicyclists recently named Tampa, FL, the number one city in the country for bicycle friendly businesses or BFBs – a program that requires businesses to support and promote cycling to their customers, employees, and the community by providing bike parking, safety education, and promotions for retail customers who arrive by bike.

Tampa currently has 66 certified BFBs such as Tampa International Airport and Tampa General Hospital, adding nine new businesses in 2021 with six others renewing and improving their level of certification.

“It’s exciting to see more and more cities such as Tampa embracing and encouraging safe, efficient multimodal transportation options,” noted Florida Department of Transportation Secretary Kevin J. Thibault in a statement. “[We] appreciate this recognition from the Bicycle Friendly Business program as well as their efforts to recognize businesses going the extra mile for their employees and communities.”