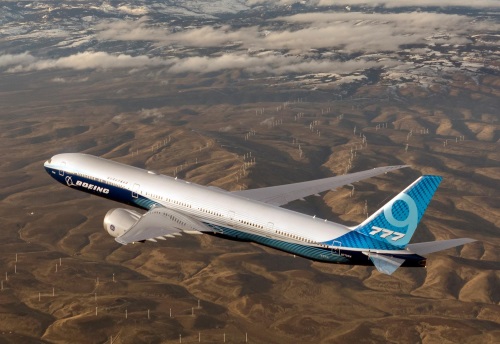 The Federal Aviation Administration plans to hold a public webinar on February 22 to elicit comments on noise research efforts recently detailed in the Federal Register and to reveal the results of its Neighborhood Environmental Survey – a multi-year research effort based on a poll of 10,000 people living near 20 airports across the country.

[Above photo by Boeing.]

The FAA noted in a statement that successfully addressing aircraft noise requires “continued collaboration among all aviation stakeholders.” In this regard, the FAA’s research programs provide important insight into the relationship between aircraft noise exposure and the well-being of people living in communities surrounding our nation’s airports.

The agency added that today’s civilian aircraft fleet is “quieter than at any time in the history of jet-powered flight.” In fact, over the last four decades, the number of Americans exposed to significant aviation noise near airports dropped from 7 million to just more than 400,000, according to FAA data – a more than a 94 percent reduction. During the same period, the number of annual passengers increased from around 200 million per year to more than 900 million per year.

Meanwhile, the agency recently kicked off the second season of its ‘The Air Up There’ podcast series with a bonus episode discussing its role in the transportation of the COVID-19 vaccine.

During the new season – which runs through the summer of 2021 – the FAA said in a statement that it would cover a variety of topics, including commercial space transportation; drone package delivery; and how to start a career in aviation and aerospace.