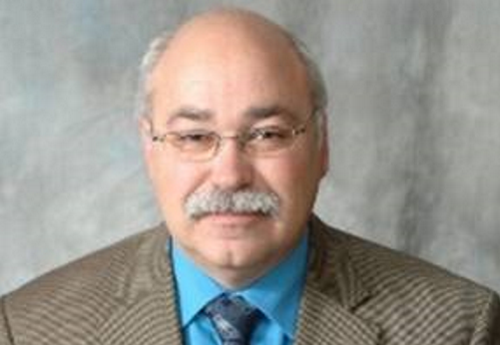 Governor Pete Ricketts (R) named John Selmer (seen above) to become the next director of the Nebraska Department of Transportation effective March 15.

[Above photo via the Nebraska Governor’s Office.]

Selmer previously served a nine-year stint as director of the strategic performance division in the Iowa Department of Transportation. In that role, he oversaw Iowa DOT’s organizational improvement, research, and analytics bureau as well as the agency’s strategic communication office.

Selmer also directed Iowa DOT’s statewide operations bureau from January 2010 to August 2012 after spending nearly a decade as its District 4 Engineer from 2000 to 2010. In total, he brings more than 31 years of experience with Iowa DOT to Nebraska.

“As Nebraska’s next transportation director, John will build upon the strong foundation the NDOT has and take it to the next level,” said Gov. Ricketts in a statement.

“He has extensive experience in field operations and has excelled in central office leadership as well. He helped Iowa rebuild its roadways following the floods of 2019, so he knows how to overcome major challenges,” the governor added. “John is a veteran leader, and Nebraska’s Department of Transportation will continue to do great work connecting communities and helping grow our state under his leadership.”

“My years of experience in state transportation operations and management have given me a broad perspective on how departments function,” noted Selmer. “During 30-plus years in transportation, my focus has been on continuous improvement, innovation, and strategizing for the future.”

Selmer holds a Bachelor of Science degree in civil engineering from the University of Nebraska Omaha. He has been active in the American Association of State Highway and Transportation Officials organization, serving on the leadership team of both AASHTO’s Data Management and Analytics Committee and its Committee on Performance-Based Management.