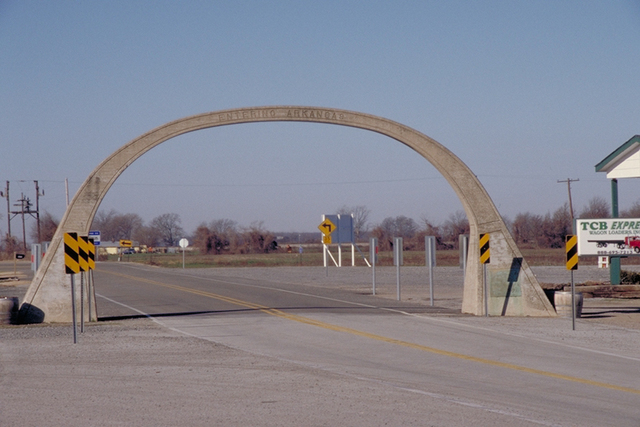 The Federal Highway Administration added 49 new designations to the America’s Byways roadway collection, including 15 All-American Roads and 34 National Scenic Byways in 28 states. Those additions increase the number of America’s Byways to 184 in 48 states, the agency said.

[Above photo of the Arkansas Great River Road Archway by Dennis Adams of FHWA.]

“Through their many unique qualities, each of these new additions to the National Scenic Byways program helps America’s roads tell our national story,” said FHWA Executive Director Tom Everett in a statement. “These special routes offer travelers exciting new opportunities to explore the nation, from coast to coast or close to home.”

Created in 1991, the America’s Byways program is a collaborative effort to help recognize, preserve and enhance selected roads throughout the United States based on one or more archeological, cultural, historic, natural, recreational and scenic qualities.

“Scenic roads have always been popular with travelers, and support a wide array of area businesses too,” Everett added. “Whether hotels, eateries or gas stations, Scenic Byways and All-American Roads support the nation’s small business community and are economic drivers for entire regions.”

Legislation passed by Congress two years ago – the “Reviving America’s Scenic Byways Act of 2019” – restarted the dormant designation process for the National Scenic Byways Program, which is a voluntary, community-based FHWA program that officially began in 1991.

There are also economic benefits associated with byways designations as well. For example, a 2010 report from the University of Minnesota calculated a $21.6 million economic impact from traveler spending along both the Paul Bunyan Scenic Byway and nearby Lake Country Scenic Byway.

Likewise, a 2013 study of Scenic Byway 12 in Utah found that the byway generated nearly $13 million annually in local spending.

Motorists ‘May Not Grasp’ Danger to Roadside Workers