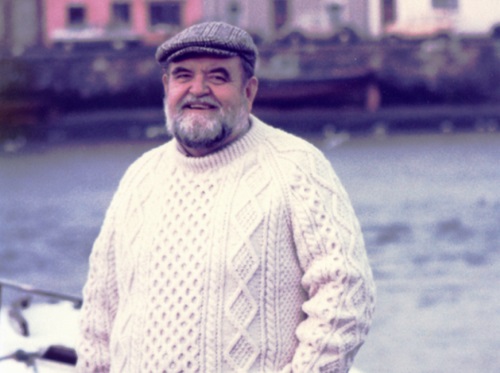 Francis B. Francois, who served as executive director of the American Association of State Highway and Transportation Officials from 1980 to 1999, passed away on February 17 in Chicago at the age of 87.

He assumed the duties as AASHTO’s executive director at a time when the association faced new and daunting challenges with respect to maintaining the nation’s multi-modal transportation network.

During his nearly 20-year tenure as AASHTO executive director, Francois reasserted the association as the premier technical organization for adopting and issuing highway standards and specifications. He also strengthened its role with respect to setting national transportation policy for all modes and further cultivated its involvement in international activities.

“The years went by fast at AASHTO,” Francois later recalled. “Our focus was on the goals and we moved ahead on each of them.”

In his letter of application for the job, Francois said that, “Never before in history has transportation been more important than in the America of the late 20th century. Our economy, our life-style, the design of our urban and rural areas, and indeed our very survival as a modern nation are all dependent on us having a good transportation system.”

Born in Iowa in 1934, Francois earned his engineering degree at Iowa State University and law degree at George Washington University. A resident of Prince George’s County in Maryland and a member of the state bar, Francois had been deeply involved in the development and implementation of public policy for two decades prior to his appointment as AASHTO’s executive director in 1980.

When he retired from AASHTO, the organization established the Francis B. Francois award in his honor – an award bestowed annually to state departments of transportation that have developed innovative projects.

Francois received many other recognitions for his contributions to transportation, including his being named an honorary lifetime member of the Institute of Transportation Engineers in 2002, which noted at the time that, “Frank’s ability to see both sides of an issue – and to issue a verdict that withstands scrutiny – has made him a treasured leader.”

In addition to leading AASHTO, Francois supported the transportation profession in many other ways, including serving on the executive committee of the Transportation Research Board as well as several of its committees, including the Task Force on Critical Transportation Infrastructure and the Committee for Study of a Future Strategic Highway Research Program.

TRB awarded him its Frank Turner Medal in 2007; an award that recognizes lifetime achievement in transportation, as demonstrated by a distinguished career in the field, professional prominence, and a distinctive, widely recognized contribution to transportation policy, administration, or research.

Francois also provided instrumental in establishing the original Strategic Highway Research Program and was one of the co-founders of Intelligent Transportation Society of America, where he served a term as its chair and subsequently became an honorary life member of its Board.

Married for 43 years to his wife Eileen – who passed away in 2003 – Francois leaves behind five children; Joseph, Marie, Michael, Monica, and Susan, who is formally known as Sister Susan of the Congregation of the Sisters of St. Joseph of Peace.