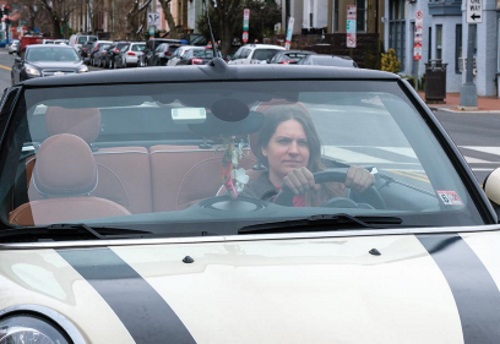 New Insurance Institute for Highway Safety research indicates women are much more likely to suffer a serious injury than men when involved in a motor vehicle crash. However, much of that “heightened crash risk” relates to the types of vehicles women drive and the circumstances of their crashes, rather than physical differences between the genders.

[Above photo via IIHS]

“The numbers indicate that women more often drive smaller, lighter cars and that they’re more likely than men to be driving the struck vehicle in side-impact and front-into-rear crashes,” noted Jessica Jermakian, IIHS vice president of vehicle research and one of the study’s authors, in a statement.

One explanation of the higher injury rates for women could be vehicle choice. Within vehicle classes, men tended to crash in heavier vehicles, which offer more protection in collisions. IIHS noted.

In a separate analysis of data from the federal Fatality Analysis Reporting System, IIHS researchers also found that in two-vehicle front-to-rear and front-to-side crashes, men are more likely to be driving the striking vehicle. Because the driver of the striking vehicle is at lower risk of injury than the struck vehicle in such crashes, this could also account for some of the differences in crash outcomes for men and women.

Jermakian also noted that IIHS found women are two and half times more likely than men to suffer moderate leg injuries in a vehicle crash, which is something that “will require more investigation,” she said.

“The good news is that changes like strengthening the occupant compartment and improving seat belts and airbags have helped protect both men and women,” Jermakian added. “Homing in on the risk disparities that still exist in compatible crashes gives us a great opportunity to make further gains.”