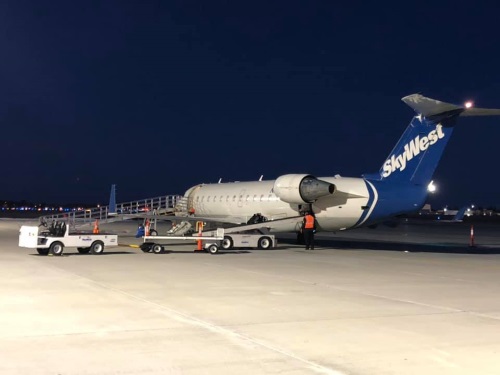 The Aeronautics division of the Wyoming Department of Transportation issued an aviation economic impact study in late 2020 that determined the state’s 34 public airports with paved runways generate $2 billion worth of yearly economic activity, some $88.7 million in state and local tax revenues annually, and support nearly 22,000 jobs.

[Above photo by the Cheyenne Regional Airport.]

However, the agency added in a statement that, “it is important to note that all economic impacts documented in this report reflect pre-COVID conditions for all airports” in its study.

“Economic impact studies are snapshots in time; they reflect conditions at the airports at the time data is collected to support the economic impact analysis,” the Wyoming DOT emphasized.

“Data for this study was collected in late 2019 and early 2020 pre-COVID; a time-frame in which many Wyoming airports had growing demand,” the agency said. “On an airport-by-airport basis, between the two reporting periods, some airports experienced notable growth in their economic impacts, while a few airports experienced relative declines.”

The Wyoming DOT added that it surveyed more than 100 different state, regional, and local agencies as part of this study to determine if and how the agencies rely on the state’s 34 public airports to support their activities, missions, and responsibilities.

One of the more prominent findings related to the value of the aviation sector to in-state travel.

“In-state travel in Wyoming is often time consuming,” the report noted. “Agencies … have responsibilities that extend to communities throughout the state. Highway travel from one city to another can take an entire day or more in each direction. Almost every agency responding to the survey identified the study airports as being essential to efficient in-state travel, cutting trips from days to hours.”