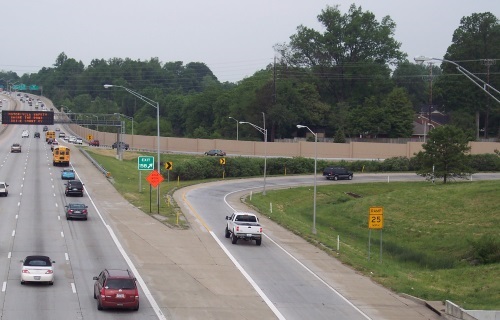 After six consecutive years of gradual increases in vehicle-miles traveled, data compiled annually by the Federal Highway Administration indicates that national vehicle miles traveled or VMT in the United States dropped by 13.2 percent due in large part to the COVID-19 pandemic: falling from 3.3 trillion VMT in 2019 to 2.83 trillion VMT in 2020.

The latest VMT data – published in the FHWA’s December 2020 “Traffic Volume Trends” report, a monthly estimate of U.S. road travel – shows that, combined, all miles driven on public roads and highways in 2020 reached its lowest point since 2002.

The agency noted in a statement that the nationwide closures of businesses, schools and other economic factors related to COVID-19 “are thought to be key factors” in 2020’s estimated 430.2 billion VMT decrease.

Meanwhile, preliminary data from the National Safety Council indicates some 42,060 people died in motor vehicle crashes in 2020 – an 8 percent increase over 2019 despite that decline in driving due to the COVID-19 pandemic. On top of that, NSC said some 4.8 million additional roadway users sustained serious crash injuries in 2020.

As a result, the group said the preliminary estimated rate of death on U.S. roads in 2020 spiked 24 percent, despite VMT dropping by more than 13 percent – the highest estimated year-over-year jump in fatalities calculated by the NSC since 1924.

“It is tragic that in the U.S., we took cars off the roads and didn’t reap any safety benefits,” said Lorraine Martin, NSC’s president and CEO, in a statement. “These data expose our lack of an effective roadway safety culture. It is past time to address roadway safety holistically and effectively, and NSC stands ready to assist all stakeholders, including the federal government.”

That rising death rate is one reason the nation’s largest coalition of traffic safety organizations – NSC, Road to Zero, Toward Zero Deaths, Vision Zero Network, Families for Safe Streets, and 74 partner organizations and individuals – sent a letter to President Joe Biden on January 21 urging him and the federal government to commit to achieving zero roadway deaths by 2050.

Those signatories – which includes the American Association of State Highway and Transportation Officials – stressed that while the Biden-Harris administration’s immediate focus “will be rightly on ending the COVID-19 pandemic,” they urge it not to overlook “persistent killers,” including roadway deaths, as the NSC’s data show, are on the rise despite the ongoing viral outbreak.

Over the course of 2020, state departments of transportation across the country grappled with lack of seatbelt use and higher incidences of speeding due to the lower traffic volumes sparked by shutdown orders issued to stem the spread of the COVID-19 virus.

“We need to work aggressively to use tried and true as well as innovative strategies to eliminate fatalities on our nation’s roads,” explained Jim Tymon, AASHTO’s executive director, in a statement in January on behalf of the Toward Zero Deaths program.

“We look forward to working with the Biden Administration and the USDOT on implementing the strategies identified in the Toward Zero Deaths national strategy,” he said.