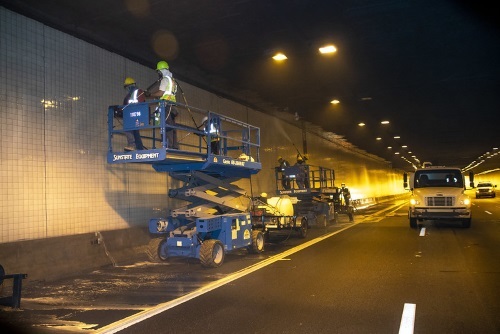 The Arizona Department of Transportation recently started upgrading the lighting system inside the Interstate 10 Deck Park Tunnel north of downtown Phoenix – a project that should save both energy and money.

The agency said in a statement that the new LED fixtures – expected to last more than twice as long as their sodium predecessors – should result in energy savings worth more than $175,000 per year; savings that, over time, will help pay for the cost of installing the new LED system.

Other state departments of transportation across the country are also engaged in switching roadway lights to LED fixtures to achieve similar energy and money saving benefits.

The Oregon Department of Transportation, for one, began switching 8,000 high-pressure sodium streetlights in the Portland area to LED fixtures in April 2020 – a change that the agency said should reduce its energy bill for street lighting in the Portland area by half, saving taxpayers $700,000 to $800,000 a year.

Meanwhile, the Virginia Department of Transportation contracted with Trane Commercial in December 2019 to replace more than 9,600 highway lights with LED technology; a project expected to reduce energy consumption by more than 50 percent while tripling expected lifetime for those lights from five to 15 or more years.

The agency added that its lighting replacement project should result in a cumulative net savings of $4.6 million by 2036 due to lower energy bills and reduced operations and maintenance costs for future light replacement.